Born on 14 (or 21) December 1503, Michel de Nostradame, French astrologer and physician known for his prophecies published collections of prophecies that earned him fame. People have credited him with accurately predicting critical events in history: the French Revolution, the rise of Adolf Hitler, the death of Princess Diana, assassination of JFK and RFK to the terrorist attacks of September 11, 2001. According to Nostradamus, the world is slated to end in the year 3797.

According to Nostradamus predictions for 2018, it is going to be one of the worst years in global history with a string of natural disasters, the fall of the economy, and the start of World War 3.

Many researchers of the infamous prophet, who died in 1566, are also convinced he has correctly foretold the current barbaric acts being committed by ISIS in the Middle East including its bid to capture areas of Europe to fulfill its Caliphate.

Each prediction of Nostradamus is noted down in his book called “The Prophecies” that is written in ‘quatrains’ i.e. four lines of verse often written in a cryptic style, and “The Prophecies” contains more than 1000 of them. His writings were completed in the 16th century, and the scary thing is that many of them have already been proven correct!

On the other hand, many people say his words are nothing else but guess. Sometimes he was lucky and sometimes not.  Whether they are true or not is open for discussion. The events predicted for 2018 are said to come true on our planet upside down.

#1 – THE GREAT ERUPTION OF MOUNT VESUVIUS

Nostradamus writes about an event that “shake(s) the earth every five minutes,” and that at least 6,000 people will be killed. The last eruption of Mount Vesuvius was in 1944 and it is the same volcano which destroyed Pompeii in 79AD. Scientists also speculate that the volcano could go off without warning, potentially causing a global catastrophe.

Geologists also speculate that a big eruption is expected towards the end of 2018, or at the beginning of 2019. This volcano usually erupts every 20 years. So, it has been building up pressure for 70 or more years. Around 3 million people live in nearby Naples. 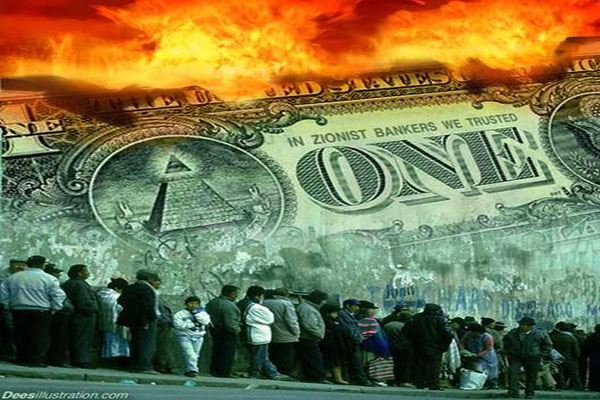 Nostradamus said: “the rich would die many times over.” This is considered to refer to the global economic collapse as a result of WW3 and the effects of many natural disasters.

Nostradamus wrote, “the big war will start in France and all Europe will be attacked, it will be long and terrifying for everyone and then finally there will be peace but only a few will enjoy it – a war will start between the two great world powers and it will last for a period of 27 years.”

Now, predictions about war are always a safe bet when you take into consideration that war seems inevitable but many think this prediction might just come true. Could we see a war between the US, Russia, China and North Korea? Possibly. 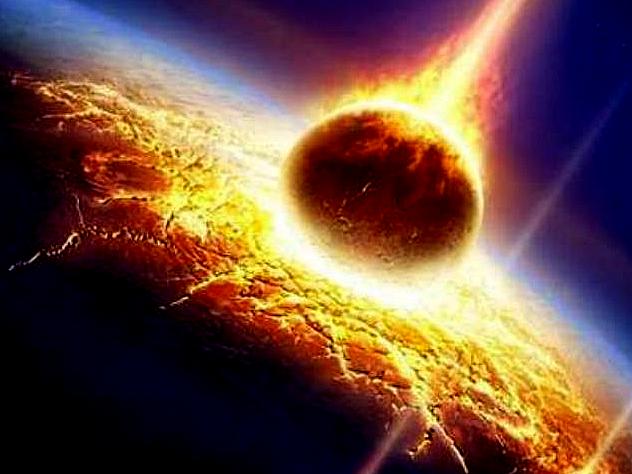 “A moment of great violence will coincide with the appearance of a comet in the sky. A nuclear terrorism and natural catastrophes will destroy our planet.”

NASA claims there is no major one that threatens for at least 100 years.

“Very near Auch, Lectoure and Mirande

a great fire will fall from the sky for three nights.

The cause will appear both stupefying and marvellous;

shortly afterwards there will be an earthquake.”

Auch, Lectoure and Mirande are all located in South West France. These three locations are believed to be hit by the meteorite predicted by Nostradamus.

When meteors enter the atmosphere, the incredible speed at which they are going causes the air in front of them to compress. When air is compressed the temperature rises, making the great chunk of space rock glow like the “great fire” referred in the Nostradamus’ second line.

There are indeed estimated to be at least three comets supposed to be travelling close to earth in 2018. If a piece of these comets were to break away, they could very well tumble through our atmosphere as meteorites. The result would either be a great explosion in the sky, or more dramatic, full impact with the earth. Interesting thing is that two of these comets were first sighted in southern France over a hundred years ago.

Not only that, on the 16th of December 2017, an asteroid half the size of the one which killed the dinosaurs is due to pass “quite close” to Earth. The Minor Planet Center has classified the asteroid as “Potentially Hazardous”, due to its highly volatile orbit and closeness to the Sun. Indeed, no other named asteroid has passed closer to our solar system’s star.

If debris from this asteroid, or any of the three comets due to brush past Earth in 2018, were to enter our atmosphere, it might very well result in a “great fire” in the sky, and cause the earthquake Nostradamus predicted. 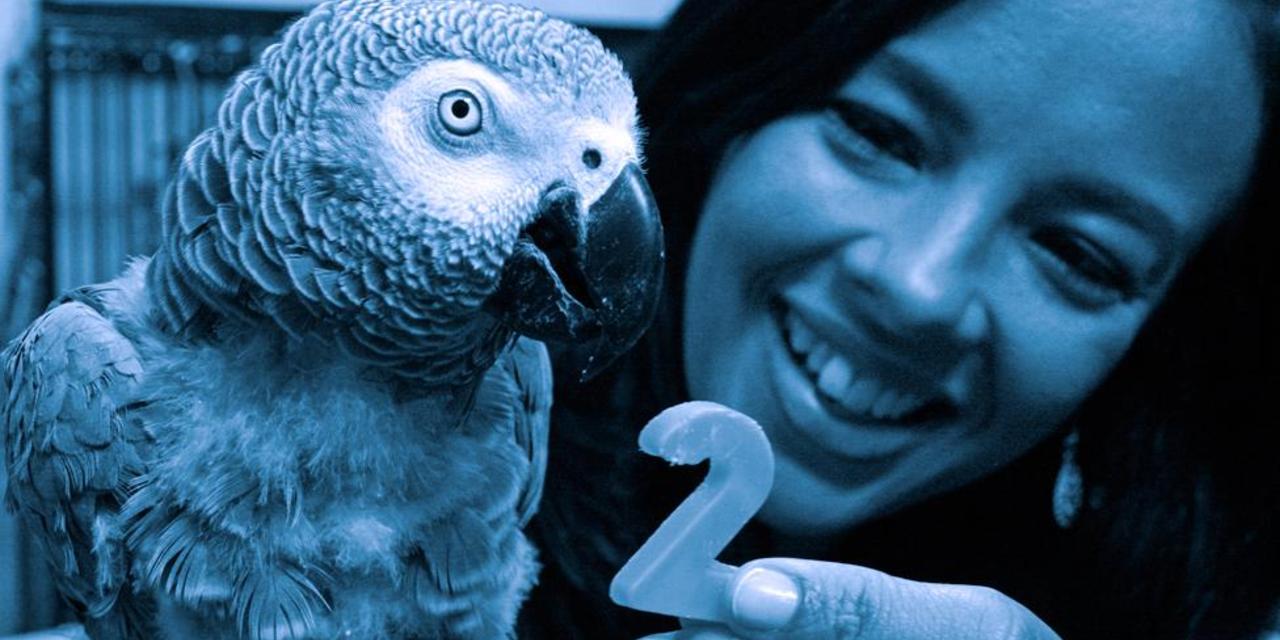 “When the animal domesticated by man,

After great pains and leaps will come to speak,

The lightning to the virgin will be very harmful,

Taken from earth and suspended in the air.”

Many believe that this quatrain signifies that two great technological advancements may just be around the corner.

The first two lines could mean that mankind is close to learning how to speak with domesticated animals after arduous research. Denise Herzing, a marine biologist, is currently developing a wearable human-to-dolphin communication device at Georgia Tech.

And, it is not only humans who are making the effort to perfect interspecies communication. Koko the gorilla can understand 2,000 verbal words, and can communicate over a thousand signs in sign language.

Fascinatingly, these scientific advances are being taken one step further with the conceptual idea of an interspecies internet. Much scientific research has found that lots of highly intelligent species of animals, such as dolphins, apes and elephants have self-awareness and do communicate with other members of their species. It is hoped that an interspecies internet would give all species a medium to communicate with one another – including human beings. This would connect nearly all living things on earth together. 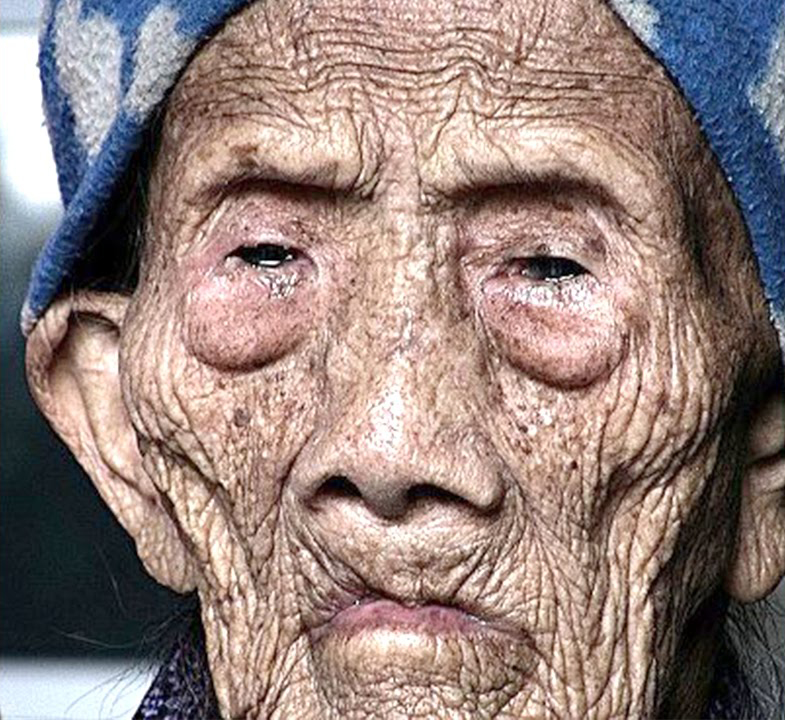 “The advancements of medicine will raise humans’ life expectancy up to at least 200 years of age.”

How is this possible? Let’s start from the beginning. According to many estimates, some whales live at least 150 years, and perhaps as long as 210. Apart from slightly leathery skin, a bit of excess blubber, and its battle scars, they show remarkably few ill-effects of long life, however. And that has made them of keen interest to doctors studying ageing.

“They live a lot longer than human beings, yet they are living in the wild, without going to the doctor or any of the perks of human society,” says Joao Pedro de Magalhaes at the University of Liverpool. “So they must be naturally protected from age-related diseases.”

By studying the whales and other extraordinarily long-lived creatures we hope to find new medicines that will slow down the human body’s decay and delay death. 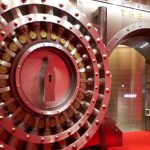 The Coca-Cola Vault, The Vatican’s Secret Archive... And Other Places... 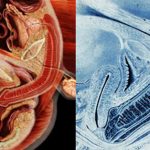 The Act of Making Love Recorded in 4-Dimensional Ultrasound -...