Human body as an area in which the scientists’ curiosity is never ending. In fact, they have always been fascinated with the human body.  One of the topics is human intercourse. You are probably familiar with all the benefits of making love. According to researchers, a healthy sex life can lower one’s blood pressure, boost the immune system, and reduce heart attack risk.

But what recently they have become curious about was how the intercourse really looks like from inside? Are you curious? Jing Deng, senior lecturer in medical physics at University College London made headlines by recording a 3D motion picture ultrasound of human genitalia during sex. However, if you factor time into the equation, this is actually the first 4D image of this process.

Deng has written a scientific paper on his 4D thoughts and observations, with the hope that this future work will be useful in diagnosing and treating patients with vascular or structural abnormalities.

Back in 2007, French researchers made similar progress when they examined a clitoris contracting a distinct pelvic floor muscle. It was believed this contraction was caused during penetration, with the clitoris being closer to the vagina’s front wall. This might help explain why the G-spot is particularly sensitive and its role in orgasm.

In their first try to capture ultrasound images of two individuals having sex, the participants did not have much space to move inside the machine, but they still managed to carry out the task.

If you are curious to see what actually happens inside the body while making love check the video below! 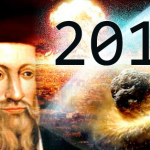 What Nostradamus Predicted for 2018? 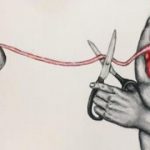 A Ritual You Need to Know About Cutting Etheric Cords