The Earth’s ice sheet  is disappearing very quickly. For example,  glaciers in Glacier Park in Montana are under a threat of complete melting by 2033 due to climatic changes. Since 1850 the total number of big glaciers in this area has decreased from 100 to 25. This serious problem has also another side. Such natural processes lift the veil hiding unique discoveries. And every new discovery brings humanity closer to solving mysteries of both past and the future.

This is our selection of frozen mystery things: 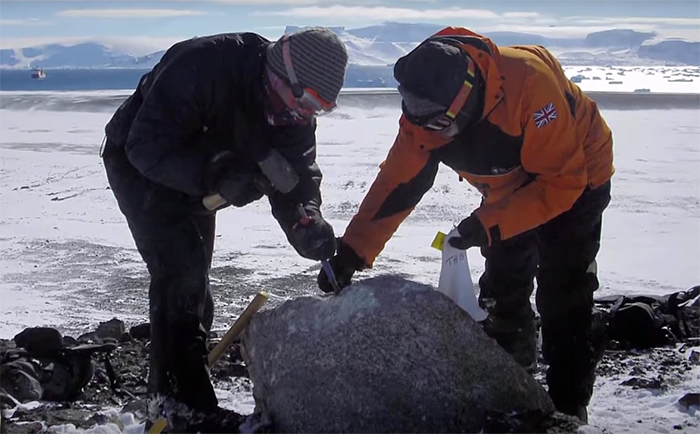 Recently scientists walked into an amazing finding: a giant virus at the age of more than 30,000 years, which used to live in permanently frozen soils near the Kolyma River in Russia. According to the scientists such viruses are absolutely safe for people since they lived parasitically on amebas only. Scientists also do not exclude a possibility of other viruses living in permanently frozen subsoil that would live parasitically not only on single-celled organisms. For example, global warming can wake up viruses posing a potential risk to humans. There is also a slight possibility that pathogenic microbes that used to infest ancient people can revive and infest modern people. These diseases inducing microorganisms can be presented by usual bacteria that can be treated using antibiotic or medicine resistant bacteria,  and even dangerous viruses. If they did not die out long ago, our immune system is not ready to confront them.

In 1999, at the border of Argentina and Chile in the ices of Llullaillaco Volcano at the height of over 6,700 meters a body of a teenage girl from the Incas was found. She looked as if she had died a couple of weeks ago. Scientists found out that the girl aged between 13 and 15 years, called the Ice Maiden, was killed as a result of a blunt-force head trauma 1,500 years ago during a religious ritual. Low temperature helped her preserve her body and hair together with the clothes and sacred objects in perfect state. Next to her there were plates with food, golden and silver statues, and an usual head-wear made of white feathers of an unknown bird. Scientists also found bodies of two more victims on the Incas. A boy and a girl age between 6 and 7 years.

In 2010 in Siberia, which is probably to most unknown region in Russia, a female woolly mammoth  weighted one tone was found. She was lying in permanently frozen soils of Siberia for 39,000 years. But her body was preserved so well that you can see its wool and muscle tissues.  Moreover, for the first time ever scientist managed to draw blood from a prehistoric animal. They put forward an assumption that probably the mammoth got stuck in a swamp, and died since the lower part of her body was intact thanks to the surroundings ice. Although some parts of its body completely disappeared, such a finding possesses great scientific value. Scientists from South Korea declared that thanks to DNA samples taken from the mammoth they have a chance to clone mammoths. 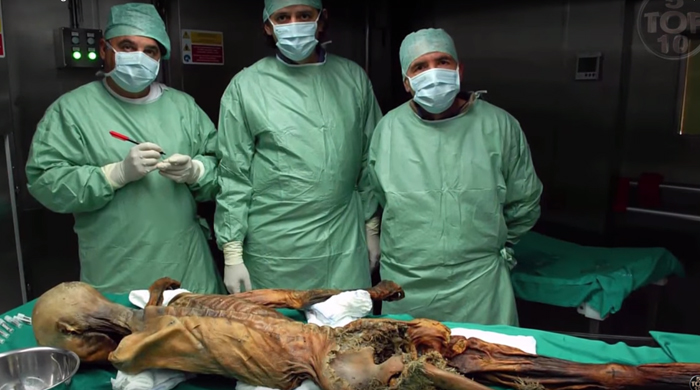 In September 1991 two German tourists walked into an unusual finding: the perfectly preserved remains of a human body frozen in ice. They thought that these remains belonged to an alpinist that had recently disappeared in the ice. After the research the scientists discovered that the mummified man was no less than 5,000 years old. This discovery was unique by its own way since never before has scientists managed to restore absolutely intact body of the Chalcolithic period.  The DNA analysis have proven that an ancient Iceman has at least 19 leaving relatives. 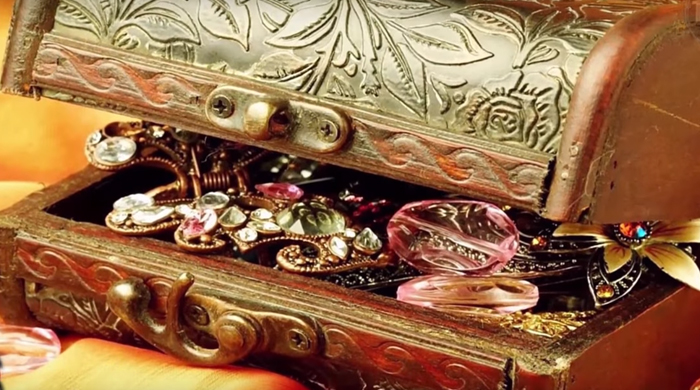 One day a French alpinist suddenly found a treasure during his ascent of Mount Blanc. It was a small box blooming to the surface. The box contained little bags with a mark ‘made in India’. Lying in rows every bag contained 100 precious stones: rubies, emeralds, and sapphires. They say that the box with precious stones was estimated in the amount of over $370,000. Instead of running away with this treasure forever, the honest alpinist took it to the police. The local authorities were trying to solve the mystery of its origin, and the prompt was hidden in the stamp ‘made in India’. Due to a mysterious concourse of circumstances, two big air crashes of Indian planes took place in this area in Mont Blanc, one crash took place in 1950, and the other in 1966. 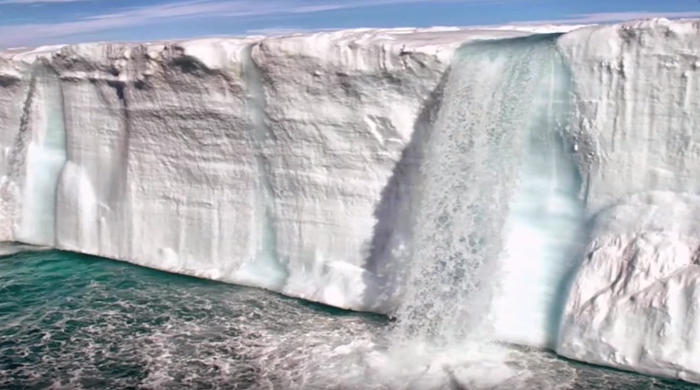 The melting of Lendbreen Glacier in Norway, brought to sight a unique hand-made woolen tunic. It was found at the height of 2,000 meters above sea level. The tunic enables historians imagining what clothes from the Iron Age looked like. After two years of study, researchers found out that it was manufactured between 230 to 390 of our era which means more than 1500 years ago. It is quite probable the tunic from Landbreen belonged to a warrior, a well-set up man, 175 centimeters in height. 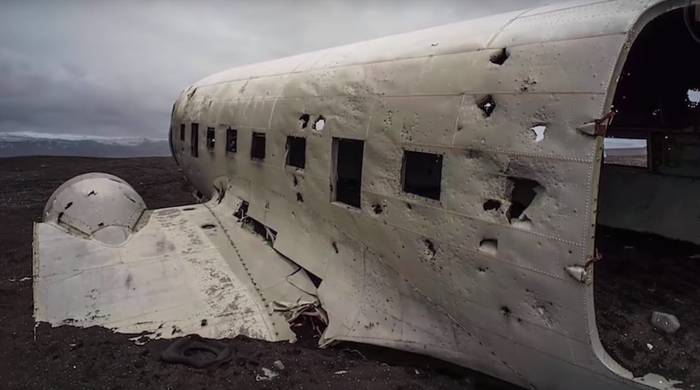 Instability and changeability of glaciers can be proved by the following story that took place in 1952 in Alaska. A plane with passengers on board crashed into the slope of Gannet Mountain, and fell into pieces. Soon a search team found the aircraft wreckage on the peak on the colony glacier, but in several days the wreckage together with the bodies were covered with a thick layer of snow and frozen into the glacier. Due to the worsening weather conditions, the search operation was suspended. In June 2012, a helicopter notices an aircraft wreckage protruding from a crack in the glacier, and the search was continued. Researchers found some parts of the plane, and body fragments, but had to postpone the search because of constant movement of the melting glacier. After that in the summer of 2013, scientist discovered that from 1952 the wreckage had moved by 22.5 kilometers from the crash site. 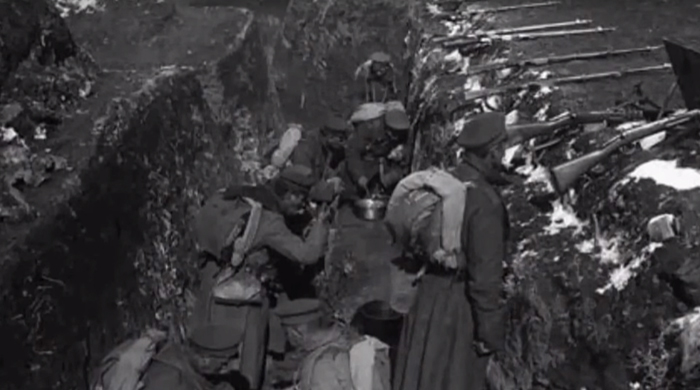 People still find remains of soldiers, as well as other artifacts preserved from the times of the First World War. Near a small Italian village, during glacier melting in a fight know as the ‘White War’ soldiers of the Austro-Hungarian Empire fought against the Italian army for the mastery over the mountain area. According to the estimates of the historians, hundreds of thousands of soldiers died during the fight, and many of them did not cope with the extreme weather. By that time temperatures had dropped below 22 degrees, and snow avalanches called the white death covered whole troops. Many soldiers fighting in that place went missing. And now, almost a century ago, 80 mummified bodies buried under the melting  glacier were raised to the surface. 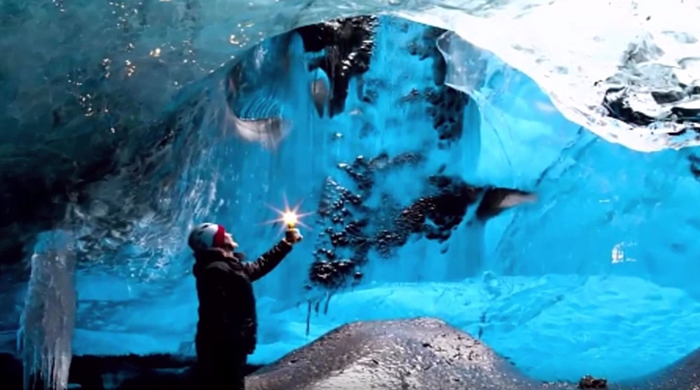 Mendenhall Glacier in Alaska has been keeping his own secret for several hundred years. It began to release branches, roots, and trunks of ancient trees at the age of about 1,000 to 2,000 years. Styling these trees makes the heart sore because we can determine their age. People usually found only small samples of ancient trees in parts, but in this case we get the whole forest at once. Scientist hope that the glacier will release the rest of the forest hidden from people’s eyes at the very bottom under the thick ice. 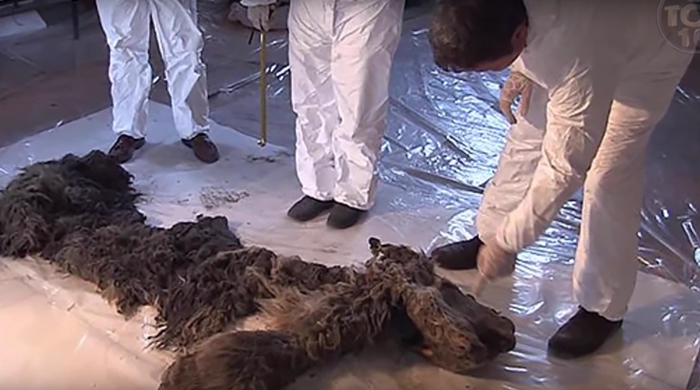 Scientist in Yakutia made a unique discovery. They found the remains of a woolly baby rhinoceros dating back to the end of the Pleistocene that began about two million years ago, and ended about 10,000 years ago. It is the only found species in the world. This baby rhinoceros has perfectly preserved its soft tissues and its scalp is almost intact. This gives us the promise that this finding will help us to answer numerous questions related to the morphology and genetics of  these animals.

Article based on the video: https://www.youtube.com/watch?v=lhI4ET18rBs

The 4 Stages of Life According to Carl Jung 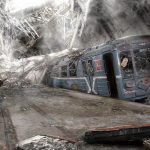 10 SCARIEST FORBIDDEN PLACES You Are Not Allowed To Visit