Researchers at the University of Colorado Boulder conducted various biological experiments and discovered that consuming nicotine can control the movement of genetically induced impairments in brain activity. According to the research the impairments lead to schizophrenia and a dose of nicotine keeps them in place. The discovery might just reveal why people with schizophrenia tend to smoke more.

The research was published in the journal Nature Medicine with a sole purpose of researchers to spread the newly constructed non-addictive, nicotine-based therapy to everyone in the world who suffers from schizophrenia.

“Our study provides compelling biological evidence that a specific genetic variant contributes to risk for schizophrenia, defines the mechanism responsible for the effect and validates that nicotine improves that deficit,” explained Jerry Stitzel, a researcher at the Institute for Behavioral Genetics (IBG) and one of four CU Boulder researchers on the study.

During the study, small doses of nicotine were given to schizophrenic mice on a daily basis after which the lead researcher at the Institute Pasteur in Paris, France, Uwe Maskos, discovered that mice`s brain activity improved significantly within two days while after one week it had completely normalized.
“Basically the nicotine is compensating for a genetically determined impairment,” says Stitzel. “No one has ever shown that before.”

Further on, an international team of scientists is aiming to discover the causes of “hypofrontality” – the decreasing number of neuronal firing in the prefrontal cortex in the brain which is believed to be the reason for schizophrenic`s cognitive difficulties, such as: trouble paying attention, remembering things, making decisions and understanding verbal explanations.

According to some previous studies which didn`t came out clear to the public, a form of the gene CHRNA5 is the main cause for schizophrenia in people and people having that variation of the gene are more likely to smoke tobacco.

Over 51 million people in the world are diagnosed with schizophrenia and about 80 to 90 percent are regular smokers which poses the question whether they might be unconsciously self-medicating.

Researchers looked an answer for the following question: Does a variant in the CHRNA5 gene lead to hypofrontality. If so, how? And does nicotine somehow interrupt this effect?

As a start, they conducted numerous experiments on mice that have the CHRNA5 gene variant and checked through state-of-the-art brain imaging technologies to see whether they had hypofrontality. After they were positive for hypofrontality and schizophrenia – the CU Boulder IBG`s, Stitzel and Charles Hoeffer found shared key characteristics of schizophrenics in the mice such as startle response and aversion to social interactions, they concluded that a form of the gene is likely to cause schizophrenia by triggering hypofrontality first, explains Stitzel.

Nicotine somehow acted as a normalizing agent in the mice`s brain activity by actively decreasing the rising number of impairments and significantly influencing the nicotinic receptors in important areas of the brain responsible for cognitive functions.

Hypofrontality leads to addiction and other psychiatric conditions, such as attention deficit hyperactivity disorder and Bipolar disorder. Now, thanks to the research the scientists are able to develop a treatment for all of them.

“This defines a completely novel strategy for medication development,”

says lead author Maskos. The research provided information for the scientists that helped in developing medications which act on nicotinic receptors.

“Identifying behavioral deficits associated with this mutation can be used for diagnostic or predictive work in schizophrenia,”

explains Hoeffer while stating the high potential of the research to be medically successful like never before on the subject. 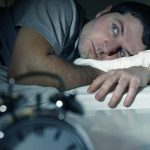 Science at your Service - How to Fix All Your... 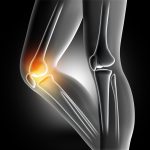 This Remedy Cures Knees and Joints, According to Experts