IN BRIEF
The 3,4-methylenedioxymethamphetamine (MDMA), better known as ecstasy, has been designated by the FDA as a “breakthrough therapy” for the treatment of PTSD. If approved for medical use, the drug could help nearly 8 million people from around the world yearly diagnosed with PTSD.

FROM ILLEGAL DRUG TO LEGAL TREATMENT

Thanks to its designation as a breakthrough therapy by the U.S. Food and Drug Administration (FDA), the 3,4-methylenedioxymethamphetamine (MDMA), known as ecstasy, could get quick approval by pharmaceutical industry.
The ruling of the FDA was announced by the Multidisciplinary Association for Psychedelic Studies (MAPS), revealing that they will proceed with “Phase 3” of two clinical trials. The aim of these trials is to define the effectiveness of the drug with those people suffering from PTSD. The first trial is expected to include 200 to 300 people as from its starting date in 2018.

So far, it is certain that the trials will take place in the U.S., Canada, and Israel, but MAPS also plans to discuss with the European Medicines Agency the possibility of introducing the tests in Europe as well. However, at this moment they are strictly focused on providing the money necessary for the trials. For now they have secured around $13 million, which is only about half of what they have set as a goal.

MAPCS has been conducting MDMA trials since 1986, hoping that they could prove the therapeutic effects of this drug. The drug has been accepted as a potential adjunct in the treatment of PTSD after a 2011’s small study originating from the U.S. After this success, scientists have been initiating further testing, but ecstasy’s popularity as a street drug obstructed their plans. However the FDA’s designation could significantly change this situation.

David Nutt, a Neuropsychopharmacologist at Imperial College London, do not consider this to be a significant scientific step. He shared his thoughts for Science: “It’s been obvious for 40 years that these drugs are medicines. But it’s a huge step in acceptance.”

The favorable decision of FDA could be due to some previous trials MAPS conducted, that prove the efficiency of MDMA in PTSD treatment. More precisely, Phase 2 trials have shown that after two months, 61 percent of 107 people who were diagnosed with PTSD for an average period of 17.8 years and were treated using MDMA assisted psychotherapy, no longer showed signs of PTSD. According to MAPS that number increased to 68 percent after a period of one year.

Almost 8 million people from around the world are yearly diagnosed with PTSD and children aren’t an exception. What is even more intriguing is the fact that PTSD could revive a traumatic memory triggered by a smell, sound, sight, or even thoughts. So, a grounded proof for the efficiency and safety of MDMA treatment could help those people to live happy and normal lives, without having to think about when the next debilitating PTSD episode will strike. 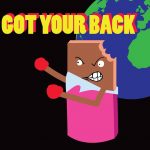 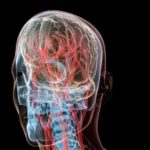