Everyone seems to have bought the wonderful Himalayan rock salt lamps because of the super cool Himalayan look and the numerous health benefits it offers.

Anyways, these lamps are faulty and there`s been a massive recall because of the brand, said the Consumer Product Safety Commission when was openly announcing to the public to return their ‘faulty’ lamps to the stores where they`ve bought them.

Lumière is the brand which manufactured the three laps that are not considered safe for your home. People who bought them at Michaels during July and November 2016 as well as those who made an online purchase on Amazon should recall the lamps immediately.

Shortly after people experienced unwanted fire incidents in their homes because of the lamps, Michael`s stores reached out and recalled about 80,000 pink Himalayan salt lamps.

As it was discovered, Lumière Basket of Rocks, Carnival of Lights, and Rock of Gibraltar are the three different lamps made from pink salt block that are not considered safe for your home because of the different power switch installed on the electrical cable which can easily overheat and bun in flames.

US Michael stores publicly announced to people to check the barcodes on their purchased lamps to confirm whether they have the faulty ones and if positive to go to the nearest Michael store to receive full refund.

“Working together with the CPSC, we have recalled the line of Lumière Himalayan Salt Lamps sold between July 2016 and November 2016,” a salesman at Michaels reported.

“The safety and well-being of our customers is our top priority and we have taken immediate steps to remove this product from our stores, inventories, and supply chain. We apologize to anyone who have been affected by this situation and are providing full refunds..com”

Things you must do quickly if you have one of these lamps!

Look whether you have bought one of the recalled series; check the SKU and UPC numbers:

The numbers should be on your salt lamp and the box you purchased it in.

Next, if you have one of these numbers turn it off quickly and go to the Michael`s stores to get your refund.
The purpose of these lamps is to provide clean air for your home and a dimmed light for sensual ambient.
A number of researchers got their hands on the matter and discovered that these laps can be beneficial to your health by increasing the number of negative ions in the room where you keep them.

The real power of the lamps

Himalayan rock salt lamps have numerous benefits, such as:

The mild heat of the lamp in the salt crystal forms a higher surface temperature than the current circling air in the room and then absorbs water and evaporates it. Next, the salt turns into a solution and releases the ions: sodium – positively charged and chloride – negatively charged. Both ions are neutral when released into the surrounding air and clean the air of pollutants: allergens and irritants).

If you`ve heard of the Schuman resonance frequency this will make an interesting reference for you. Every form of life on Earth is attached to a specific electromagnetic field of vibration and electronic devices directly expose you to the artificial electromagnetic wavelengths and other frequency values. So, the heated Himalayan salt lamp neutralizes these artificial wavelengths which lowers the risk of being sick all the time.

3. The light waves are developed by transparent-crystalline structures

Our body cells receive energy through electromagnetic wavelengths. An interesting fact is that the rainbow spectrum light waves are very important for your health as they release 300 up to 700 nanometers and the Himalayan rock salt lamp wavelengths are moving on the upper scale of the nanometer zone which is 600 or 700 nanometers and release positive soothing waves. Pretty awesome, isn’t it?

Many people are attracted to the lamps because of their beautiful appearance that make your home look cozy and warm. 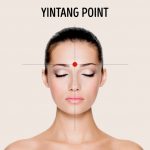 Get Rid of Headache with This Technique in 5 Minutes 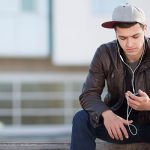 25 Top Podcasts That Will Spur Your Entrepreneurial Vision