After the deadly demonstration in Charlottesville that was organized by the white nationalists known under the name “Unite The Right”, the online chats of this group that leaked in public suggest that they purposely planned the violent acts. Actually, they developed ideas about weaponry and tactics, including the idea for a possible car attack over the counterprotestors’ crowd. Such an attack happened, leaving counterprotestor Heather Heyer dead.

This event was well received and celebrated on an online channel created using Discord which essentially served as a chat app for gamers. The left-wing activist group Unicorn Riot anonymously released many screenshots of the online chats, while the organizers didn’t dispute their authenticity. Apart from the screenshots, audio recordings from the organizational meetings also appeared.

In the core of the released discussions were the plans about the chants, flags and other forms of speech, but there also were some plans about construction of weapons. Someone wrote “You want something designed for longitudinal stress”. “[Three] whacks and that thing is breaking.” Discussions about body armor and shield design also appeared as well as some memes sent by the users with the intention to spread the idea for possible car attacks over the opponents.

It was not proven whether James Alex Fields, the driver of the car that plowed into the crowd and killed Heyer and left many others injured, was part of the online discussion that took place on Discord, but his act was greatly approved and justified by the users. As an act of approval many images from the attack were edited in a comic way into memes.

Despite the fact that the organizers claimed they called for nonviolent demonstrations, the lawyer that represents two of the injured women in the attack, emphasized that the chats that appeared in public could become the core of the case as they encourage the idea of violence.

Because of this, white supremacists may face difficulties when organizing such events in future because, although the First Amendment guarantees assembly and the right to speak freely for everyone, it does not protect speech that could cause “imminent lawless action.” As experts claim, the indications for a possible violent activity organized by a certain group could result in legal restriction of such events by the same of similar groups in future. After everything that happened, Discord suspended the chat channel of this group. 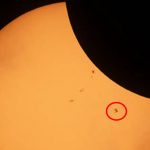 Check This Epic Photo that NASA Took of the International... 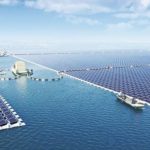