by Alison Morris
5 years ago5 years ago
0
21 shares

The new moon on Saturday the 18th of November 2017 is at 26 degrees Scorpio. The Moon’s energies are pretty uncanny and strange at this point. The Sun too, at this time of the year, is in the underworld before its subsequent resurrection on Christmas.

New moon November 2017 is almost exactly opposite a planet new to astrology. Minor planet Sedna was only discovered in 2003 so astrologers have only just started to understand its meaning. Most interpretations seem to be based on the mythology of the arctic goddess of the sea because the planet was named after her. Due to the orbital history of Sedna it’s associated with climate change and rising sea levels.

This November, the new moon falls on fixed star Agena found in the thigh of Centaurus the Centaur.

Because Centaurus is the wounded healer Chiron, this new moon might just reveal past wounds and childhood pains. However, this exposition is healing as well and it is only logical to welcome the time between Samhain and Yule with a fresh life, healed and whole.

The November 18 new moon connects a new awareness of climate change to the most important planetary aspect of 2017, Saturn trine Uranus. This major aspect will help you make positive changes in your life in response to the threats posed by climate change.

New moon November 2017 will help you find practical and creative ways to save energy, while making your life more efficient and productive.

AGENA AND ITS EFFECT

Agena, Beta Centauri, 23°55′ (the 10th brightest star in the sky) Scorpio: according to Ptolemy, Agena is of the nature of Venus and Jupiter and favours honour, friendship, morality, the profession, success and endows the personality with refinement.

It is normally considered a star of success and has prophetic abilities. So, collating those two things, the prophetic nature and Chiron’s healing, the star will let you detect illnesses in your body that you weren’t aware of before.

Unukalhai (The snake star held by Ophuichus) is also found at the beginning this decan and exerts even more supernatural and uncanny healing influences over this November New Moon.

In summary, Agena is a star triplet symbolizing the friendship, brothership, success, honour, profession and refinement.

Without the oracular nature of Agena, this decan is associated with promiscuity and debauchery (quite the leap).

Even the Picatrix (manual of magic) says “a face of evil works and taste, and joining ones attempts with women by force and with them being unwilling”.

Even though there is a particular tendency of this astrological position to produce particularly fine degrades, there is also an inordinate amount of creativity and imagination here.

Scorpio individuals normally have a lot of introspective power that gives them their brooding and dark image. They have an emotional range that many lack and are quite often more sensitive than they show, with many evidencing intuitive and psychic abilities.

The New Moon also provides new perspective on what is wrong with the world but it also provides recognition of what must be done to correct it.

New Moon quincunx Uranus opens the door to free a group of crazed madmen, strange mavericks and brooding outsiders. At this New Moon, there will be a pathological need to shock and outrage.

Some people will be labeled as attention seekers despite just being themselves. The uncanny craziness and insanity is caused by upbringing. This New Moon will bring out the effects of bad parenting and alternative parenting; children will feel entitled to more and more things or they will start questioning their worth and might feel very insecure. In worst cases, there will be a strange mixture of both.

The two things definitely coming into play this cycle are the war on alternative parenting declared by traditional parenting and the debaucherous side of this decan.

There will be Mars square Pluto at the time of this New Moon which only adds to the chaos. There could be some wild, crazy prophecy that will also come out thanks to Agena.

Terrorism is so much on the rise as it is in the world and it is even more sad to say that there are always chances of increased violence during the New Moon. This is so common, that Eastern Indians worship Kali, the dark goddess of violence and bloodshed, who rids the world of all things evil with her scimitar on a new moon in November.

The best thing you can do is to not reflect on the violence and its possibilities, even if it means you have to spend your time in radio-silence for a while. Clinch the silence and think. It’s a good time to do so. 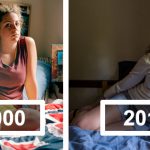 See How People Differently Age, By These Photos Of Same... 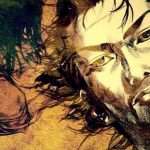 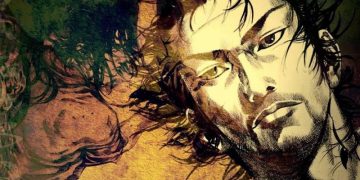 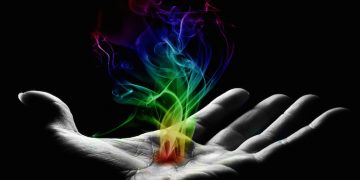