“The jealous are troublesome to others, but a torment to themselves.” – William Penn

Being successful in life and accomplishing the planned goals makes us feel good and fulfilled. However, this is not always the case with the people around us, who instead of sharing our happiness and feeling proud of us are jealous of our achievements. This feeling can influence the way they act toward us, and they can become cold and distant and start to act unfriendly.

According to the psychologist Steven Stosny jealousy “makes you think the same thing over and over and the more you do that, the less reality-testing you do. Emotions all have an illusion of certainty, and jealousy makes you certain of your perception of the world.”

However, everyone has found himself in such situation and has felt the jealousy of others at least once in their life, or even more often. This is a very unpleasant feeling, but we should try to stay focused on our own success and be less worried about other people’s feelings. After all, we should face the fact that we can control only our own feelings, not the way other people feel and act. In spite of this, being able to recognize the signs of jealousy can help you deal with it.

Eight Signs That Show Someone Is Jealous Of You

Regardless of how hard you’ve worked to achieve something, those who are jealous won’t congratulate you, but they will emphasize that you owe your success to good luck trying to represent it like something not very important. This may be because they feel superior to you, or they just feel you aren’t worthy of your success.

“People who will envy you the most are the ones who are in need the most of what you possess,” says M.Farouk Radwan, MSc.

You shouldn’t give too much importance to what they say. Regardless of your accomplishments, you should always stay humble because if you start bragging, they are more likely to stay jealous of you.

Although they have no reason for that, those who are jealous of you may also hate you. Nobody wants to be hated and that is why you may try to show those people that you are fine and likable person. However, sometimes there is nothing to do about the way other people feel and think and in that case you should cut them out of your life, because you don’t need to stress over people who hate you for no reason. In order to fix this problem, you should consider letting it go.

The people who are jealous of you most often are the first to congratulate you on your success and achievements and they sound pretty sincere and convincing. However, they show they aren’t very happy for you the moment you leave.

They prefer to pretend they aren’t jealous instead of trying to deal with their feelings. One thing you can do to suppress their jealousy is to praise them for their achievements. This way you will show you are honest person and will eventually stimulate them to act the same way toward you.

According to Leon F. Seltzer, Ph.D., a clinical psychologist, “Short of becoming indiscriminately wary of others’ praise or flattery, it’s only prudent to consider whether they might have a hidden agenda in praising you. That way you can minimize the possibility that their seemingly trustworthy compliments aren’t really some sort of two-faced con.”

4. They Talk About You Behind Your Back

People who are jealous will talk about you every time they have a chance for that and they would say things that could hurt or upset you. The best way to deal with this kind of people is to directly confront them.

Author James Clear says, “… negativity from other people is like a wall. And if you focus on it, then you’ll run right into it. You’ll get blocked by negative emotions, anger, and self-doubt. Your mind will go where your attention is focused. Criticism and negativity don’t prevent you from reaching the finish line, but they can certainly distract you from it.”

Talking to them seriously and letting them know what the problem is, could be enough to stimulate them to rethink their behavior.

5. They feel good when you fail

Someone who is jealous secretly feels very good when you make a mistake, or when you are criticized at work or school. Those people will never show this in front of you, but they actually enjoy your failures. No matter how other people feel about your mistakes, don’t allow them to define the way you feel. Instead, let them know that you learn from your mistakes and don’t just get upset. This way they won’t get the enjoyment out of it that they thought they would.

A person who is jealous of you sees something enviable in you and actually wants to be like you. They may try to imitate the way you dress, the way you talk, or the way you behave. Although this could be irritating, you should encourage those people to see the best in themselves and show them that don’t have to be you to be great.

7. Show Off Their Success

Someone who is jealous of you will more likely try to show off their success instead of celebrating yours. They want to be in the spotlight all the time and they are that kind of people who could get engaged at someone else’s wedding.

Why do they need to highlight their success?

It may be because they feel insecure and see you as competition. Author Bob Bly explains, “There are always people who are filled with negative thoughts — not only about others whom they envy (you) but also about themselves and their perceived failure to having achieved their goals (which are often to own their own business or be richer than they are).”

This could be very annoying, but try to stay calm because otherwise they’ll feel like their behavior is justified. Next time show them you are truly happy about their success and this way you’ll maybe encourage them to act the same way toward you.

8. They Compete With You

Competitiveness goes hand in hand with jealousy because those people who are jealous feel superior to others. As clinical psychologist Melanie Greenberg says, they are “either insecure or arrogant and want to prove superiority.”

It may not be easy to break someone’s ego, but you can always refuse to compete and to play their game. Just make sure they know that you are not interested in competing with them and this way they will less likely continue doing it.

Dealing with jealous people could be very difficult and challenging. However you should take into consideration that being positive and non-confrontational with them could give better results and improve your relationship. They may lack self-confidence and because they don’t know how to fix this issue, additionally pushing them won’t reduce their jealousy. However, being able to recognize the signs that someone is jealous of you may significantly help you deal with that person in a productive and positive way. 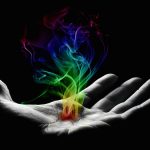 Recharge Your Spiritual Energy Only With Your Hands 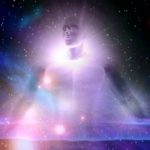 Excessive And Powerful Astrological Energies Will Be Flooding Us These...