by Alison Morris
5 years ago5 years ago
0
6 shares

During the AAAS (American Association for the Advancement of Science) Annual Meeting in 2013 a research was conducted which proved that people suffering from brain injuries live with a severe damage to the brain caused by concussions.

Shortly after the study was published, 4,000 former football players sued the National Football League for failing to protect them from the serious effects of concussions.

Concussions occur as the result of a traumatic blow to the head which can cause temporary loss of brain function that leads to headaches, dizziness, memory problems, disturbed sleep, ammnesia and even depression or anxiety. Sometimes, these side effects last for months and even years.

According to the neuropsychologist and the scientific director of the Quebec Nature and Technologies Granting Agency Dr. Maryse Lassonde, the brain is not functioning normally after the injuries.

While studying athletes of the Montreal Canadians’ hockey team who experienced some kind of head injury Dr. Lessonde proved that their brain is showing signs of serious abnormal brain wave activity. She conducted her research with visual and auditory tests and the results showed partial wasting away of the motor pathways which is quite alarming.

However, her research proved to be of great help to the sector of professional sports. Her discovery aids the treatment of the athletes who suffer from head trauma and raises the awareness among people for future prevention of violence and aggression in professional sports.

Recently, a research comparing healthy athletes and athletes of the same age who suffered from a concussion about 30 years ago, proved that the former have symptoms to those of early Parkinson`s, memory loss and a possible diagnosis of Alzheimer`s disease.

“That tells you that first of all, concussions lead to attention problems, which we can see using sophisticated techniques such as the EEG. This may also lead to motor problems in young athletes.This thinning correlated with memory decline and attention decline.”

There is an extremely high risk of brain damage for those athletes who suffered from severe head trauma and afterwards carelessly returned to their sport without even noticing that they endured several concussions one after another.

“If a child or any player has a concussion, they should be kept away from playing or doing any mental exercise until their symptoms abate. Concussions should not be taken lightly. We should really also follow former players in clinical settings to make sure they are not ageing prematurely in terms of cognition.” 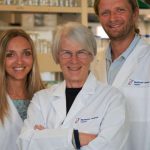 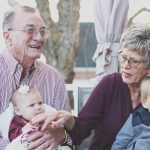 Aging process can be restored by Cannabis