by Alison Morris
5 years ago5 years ago
0
29 shares

The problem with lists and polls, is that there’s never, ever, one opinion that is representative of everyone. With different genres of songs, films, TV series and so one there’ll always be a clear winner when asked which is best, though there’ll also always be people opposing the result.

This is very much the case with James Bond. First of all, there are far too many Bond films for there to be a definitive best one, so you can cue a huge amount of people being outraged at the fact Casino Royale has been voted number one in a poll on Ranker.

Just to confirm – Casino Royale has been voted the best ever James Bond movie by Digital Spy reader, too.

The poll, run to coincide with the 50th anniversary of the spy’s big screen debut in Dr No, saw Daniel Craig’s 007 debut bag 21.2% of the votes to edge out Pierce Brosnan’s GoldenEye (13.7%) and secure first place.

Of course we’re on about the 2006 Daniel Craig version of the film, his first as 007, and not the 1967 comedy starring David Niven, or indeed the 1954 television adaptation starring Barry Nelson.

Surprisingly (or not, given your Bond-related preferences), another starring Craig came in second, his third as the character, Skyfall.

Above all, there are many variables to be taken into account when deciding on the best Bond. For example, the different actors, the period in which it’s filmed, the supporting cast and so on. There’s every chance that Dr No, for example, could be better if it was remade next year, simply because of technology and special effects improving since 1962.

A lot of people do see Daniel Craig as one of, if not the best Bond, though purists often have something to say about it.

Judging by this poll there’s no clear evidence to suggest who is the world’s favourite man to take up a licence to kill, as Roger Moore and Timothy Dalton, like Craig, have two in the top 10, whereas Pierce Brosnan, Sean Connery and George Lazenby each have one.

There are plenty more debates to be explored when it comes to Bond, for example we could go to town on the best themes.

What’s your opinion about best James Bond Movie? What do you pick?

And, who would be best Bond? Daniel Craig or Pierce Brosnan maybe? Remember Roger Moore or Sean Connery? 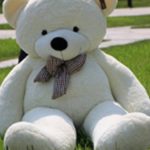 People Went Crazy About This Giant Teddy Bear That's All... 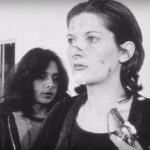