The CERN (European Organization for Nuclear Research) located in Switzerland has been at the center of vast numbers of conspiracy theories for quite some time. A 13 year old kid believes CERN exactly has destroyed our universe and now we live in an alternate one.

Just to know, CERN is known as the birthplace of the Internet.

Many people are convinced that the CERN particle accelerator could create a hole in time and space or in this dimension. People also believe that some elite occultists use CERN for achieving different goals.

Max Laughlin, 13 year old boy who invented a free energy device and is considered by many to be a genius, recently came up with certain claims about the CERN. He explained he believes that CERN has destroyed our universe and now we live in another one that is parallel to the previous.

He became globally known for the video where he explains his ideas about CERN.

The opinions concerning this kid are divided. Many believe that his parents push him to make such statements in public in order to stimulate him to be ambitious, but there is also a possibility that he actually has intuition about the weirdness of CERN.

There actually are some things that justify the people who believe that there is a connection between CERN and occultists.

Another strange, rather bizarre ceremony for a tunnel opening in Switzerland near CERN represents another type of symbolism. According to some people it is actually a goat symbolism, thought to be allusion to Capricorn, symbolism that involves the trapezoid, a 360 degree geometric shape that is believed to represent a perversion of 360 degree circle, as well as other symbolism displayed by the category of powerful people you could find in a fraternal order or secret society.

The tunnel ceremony was captured in photos and it included many performances, among which was also a character dressed as a goat making some strange hysterical noises.

If you cannot explain why there was a goat at this ceremony and what does it represented, you should ask the powerful people who are really into these things.

When last year WikiLeaks release of stolen emails revealed that Marina Abramovic invites the Podestas to a “Spirit Cooking dinner” at her home, it was a good evidence that powerful people deeply respect Saturn, or Capricorn, as Marina herself has been known as a worshipper of the same symbols.

She used animal blood to leave a message on this wall. She wrote “G” in the form of number “6” as Saturn is the sixth planet, and “Q” as a symbol of Saturn’s astrology sign Capricorn. The goat comes as a symbol of Capricorn.

This is just an example of a woman who invites powerful politicians and elite player to dinner and is quite different from the first example where powerful people show the symbolism of a goat.

Elite occultists are known to have worshiped Saturn and Capricorn as its sign, since the period of Ancient Rome. Then the Julian, and now Gregorian Calendar is based around Capricorn: the New Year starts with the Sun in the heart of that sign.

If we consider the fact that the Capitol Hill in Washington, D.C. was named after the Roman “Capitoline Hill” and that Freemasons who founded the United States deeply admired Rome and Capricorn, Saturn, Goat symbolism, then we can conclude that this is a trend that remained until these days.

As Capitol Hill in Washington, D.C. was named after the Roman “Capitoline Hill,” and as the Freemasons who founded the United States seemed to revere Rome and Capricorn/Saturn/Goat symbolism, the trend remained until these days.

Since the occult and CERN are closely connected, there is a question what is actually the aim of CERN. After all, the ideas of this kid may not sound as crazy as many of us think they are. 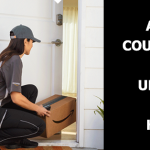 New Impressive Amazon Techonlogy Will Allow Couriers To Unlock Your... 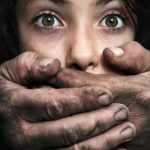 Harsh Truth We Must Agree - There Are Weinsteins Everywhere