“Bloody effluent, untreated and infected with piscine reovirus, is being dumped into the pristine waters.”

Yet, perfectly legal for now, the footage has prompted an investigation by Canadian authorities.

Blood is being pumped out of an exit pipe that is believed to belong to Brown’s Bay Packing Company into the bay, right along British Columbia’s largest wild salmon migration route.

How could possibly this be considered acceptable?

Tavish Campbell, a filmmaker, came across this inexplicable sight during a series of dives he was doing in April, June, and October just this year. This slightly disgusting outpour pipe has been raising fears of blood-borne viruses in fish especially since a third of all wild caught salmon in British Columbia swim past this bay. Along with making the footage, you will be able to see below Campbell also took samples of the blood water and sent them in to be analyzed.

The samples did in fact test positive for things like intestinal worms and piscine reovirus (PVR) which is contagious disease that while it is not dangerous to humans can cause severe damage to the skeletal muscle and heart of salmon in Canada carry. It makes fish lethargic and more vulnerable to predators.

“Are we crazy? We all know blood carries viruses. This is an infectious disease,” Mr Campbell said in the video.  “My underwater camera lights illuminated the blood in such a way that it was shimmering with scales, so there were tons of little chunks of blood and scales and small pieces of offal mixed in there,” he stated to local media.

The footage was gathered throughout the year and, after being posted online last month, has sparked an investigation into the farmed fish plant responsible.

“We are in the process of reviewing what is happening at that particular plant,” Canada’s Environment Minister George Heyman said.

“British Columbians really expect us to keep our water safe and protect our wild salmon, so that’s our intent.”

However, the industry in BC seems to have a different story. The Brown’s Bay Packing Company claims in a statement on their site that they disinfect all discharge before it is released. Unfortunately, this is something that is perfectly legal.

In a statement on its website, plant owners Brown’s Bay Packing Company said it disinfects effluent before releasing it into the marine environment.

But the question of what to do with the waste is a difficult one for salmon farmers. In Australia, Tasmania’s salmon farming industry is currently worth about $550 million per year and is set to be a billion-dollar industry within the next two decades.

Bigger companies like Tassal, the state’s largest salmon producer, have come under fire over questions about the sustainability of the industry and accusations of causing environmental degradation, which culminated in a recent episode of ABC’s Four Corners.

What is more, Tassal is seeking a disposal solution for the waste matter it collects from its Macquarie Harbour pens. In October, three options were presented by the company to the local community:

The statement on their site says as follows:

“Browns Bay Packing Company, like all plants processing farm-raised Atlantic salmon in B.C., disinfects effluent before it is released into the marine environment.  While the liquid discharged remains red in colour, the treatment process is designed specifically to treat for fish pathogens.

The treatment of that effluent is to a level higher than Provincial standards for fish plants, and is governed by a Memorandum of Understanding (MoU) signed by all companies farming and processing Atlantic salmon. The MoU explicitly states that all plants will have a functional disinfection system in place, all water/ice, blood-water, wash-water and other wastewater within the processing plant will be collected and treated through the processing plant central treatment system, all blood-water and wastewater used during off loading and transport from the boat to processing plant will be contained and treated.

The disinfection standards in the MoU are designed based on the Norwegian standard – which has been determined to be effective in in-activating fish virus”.

While Campbell has said he does not believe the plant is doing anything illegal (as what they are doing is legal). There definitely need to be more regulations set out for that specific industry.

Campbell stated for The Vancouver Sun:

“We’re not trying to demonize a rogue processor, one rogue plant. This more points to the fact that the Department of Fisheries and Oceans really isn’t managing wild salmon at all.”

Probably what he meant was, if you are going to let a company pump blood into the bay the blood needs to truly pathogen free. However, it does seem politicians are listening and Campbell’s video bringing awareness to this topic is making a difference big time. Change seems to be in the works.

When questioned on the issue the Minister of Environment of British Columbia, George Heyman said:

“I had the same reaction that British Columbians and Canadians did: what is going on here? So I looked into it and I found out that under the previous government the last inspection of this fish processing plant was in 2013 and despite the fact that the plant was out of compliance at that inspection, no further inspection took place.”

“So I dug a little further honorable speaker, we have over 7000 permits to inspect and a handful of inspectors to do it notwithstanding that I have asked inspectors to go to the Brown’s Bay Processing Plant. I have asked them to inspect what is going on there we will review the samples that were taken by Mr. Campbell and if we need greater certainty we will take additional samples the permits for Brown’s Bay are being reviewed, they are three decades old.” 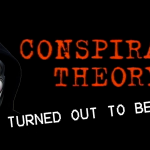 17 Conspiracy Theories That Turned Out To Be True! 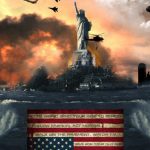