Many believe that there is a conspiracy theory against common people. The goal is to reduce population in order to gain power only for the chosen ones.  If you don’t think that this is possible, read below to find the whole idea behind Agenda 21.

At its core Agenda 21 is about control. Control over the land, natural recourses, and entire population. It seeks to control the air by regulation of carbon emissions,  the ground by sustainable development, and the see through environmental regulations.

Officially stated, Agenda 21 is a comprehensive plan of action to be taken globally, nationally, and locally by organizations of the United Nation system, governments, and major groups in every area which human impacts on the environment. That means you, because being human will always have an impact on the environment. Agenda 21 paves the way for the extraordinary UN control.

The whole plan of Agenda 21 was revealed at the UN Conference on Environment and Development, also known as Earth Summit, held on June 13, 1992, where 178 governments voted to adopt the program.

The beginning of the plan stated in 1989, and finalized at this two-week conference.

In 1997, the UN General Assembly held a special session to appraise five years of progress on the implementation of Agenda 21, Rio +5. The Assembly recognized progress as ‘uneven’ and identified key trends including increasing globalization, widening inequalities in income, and continued deterioration of the global environment. A new General Assembly Resolution (S-19/2) promised further action.

After five years, in 2002, The Johannesburg Plan of Implementation, concluded on the World Summit on Sustainable Development, confirmed ‘full implementation’ of Agenda 21.

Later on in 2012, at the same conference, the members reconfirmed their obligation to Agenda 21 in the document ‘The Future We Want.’

Three years later, the Sustainable Development Goals were set. In fact, all goals of Agenda 21 were took, and re-asserted into the basis for sustainable development.

There are 40 chapters in Agenda 21that are divided into four main sections:

Section 2: Conservation and Management of Recourses of Development

The section includes the roles of children and youth, women, clubs, groups, organizations, fraternities, local authorities, business and workers, and determining the role of indigenous people in their community, and farmlands sections.

Moreover, if you broke down the plan, Agenda 21 has nine basic tenets:

In the various subsections of the Agenda 21 document, the agenda will carried out through a wide range of sub-programs and many acts which would be enacted starting in all of the G8 countries.

Agenda 21 is viewed by the American right as a plan to stealthily impose worldwide centralized control over people attacking private property and energy usage. If you think outside the box, Agenda 21 is a comprehensive plan of extreme environmentalism, social engineering, and global political control.

Ultimately,  Agenda 21 is a globalist to empowering an ever tightening stronghold the UN has on the entire world.

Fight Agenda 21 and those who stand behind it before it is too late. It’s already too late to run. You are in it like it or not. You only have to choose to have a voice or not. Spread the word about this plan! Take a stand! 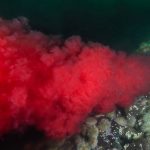 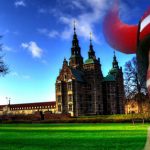 10 Reasons Why Denmark’s ‘Democratic Socialism’ Is Much Better Than...