1. You Should Have a Bowel Movement Every Day 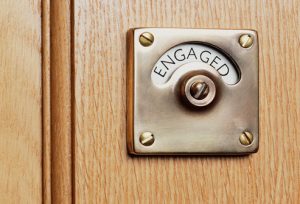 Myth. We are all different. Depending on your diet, age, and daily activity, regularity can mean anything from three bowel movements a day to three each week. If fecal material sits in the colon, the harder the stool becomes and the more difficult it is to pass. A normal stool should not be either unusually hard or soft, and you shouldn’t have to strain unreasonably to pass it. It’s common to have a bowel movement once a day. But it’s OK to go a few days without one as long as you feel fine. In case you have fewer than three  per week, means you are constipated. Constipation is considered severe if you have fewer than one a week. 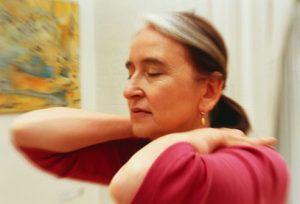 Myth. Constipation itself is not considered a disease although some people believe that it causes the body to absorb poisonous substances in stools, leading to diseases such as arthritis, asthma, and colon cancer. There’s no evidence that the stools produce toxins or that colon cleansing, laxatives, or enemas can prevent cancer or other diseases.

Myth. It’s true that most people fall short, so it’s probably a good idea to consume more water and fiber are among the top two ways to get that poky colon moving again. When we say water, please note, sugary forms of H2O do not count for much, since sugar constipates and does nasty things in the colon. For the fiber end of things, your friendliest food super stars are broccoli, beans, fruit, and items made from whole wheat such as pasta, bread and cereal. If you’re still constipated after that, there could be other reasons, like a medical condition or a side effect from some medicines.

4. Swallowed Gum Can Get Stuck

Fact. Yap, it’s true, but only in some rare cases, and mostly in little kids who don’t know better. You might have heard that swallowed gum stays in your stomach for 7 years. That’s not true. Though your stomach can’t break down a piece of gum the same way it breaks down other food, your digestive system can move it along through normal intestinal activity. In other words, it comes out the other end when you have a bowel movement.

Swallowing a large mass of gum, or many small pieces of gum over a short period of time, can block the digestive tract in rare cases. Blockage is most likely when gum is swallowed along with foreign objects, like coins, or when swallowed with nondigestible materials like sunflower seeds. Little kids are most likely to be affected because they might not understand that gum is chewed, not swallowed. Apart from these strange scenarios, swallowing an occasional piece of gum is harmless.

5. Your Vacation Could Be an Issue 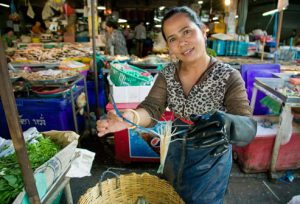 Fact. Travel changes your daily routine and diet. Constipation may start along with a sudden change of your diet. You may experience traveler’s constipation because of the sudden fiber withdrawal. Then it is the disruption of your usual daily routine typical for any travel.  Do not forget to drink plenty of water, bottled, if you can’t drink the tap water at your destination. Try to stay active. Walk while you wait for your flight, and stretch your legs on a road trip. Limit alcohol, and eat more fruits and vegetables – preferably cooked, if you need to avoid salads or raw items in the area you visit. 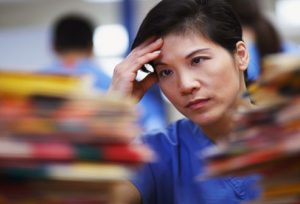 Fact. Constipation often feels like it’s a completely physical problem because of the way the symptoms present themselves – pain, bloating, straining, cramps, etc.  However, your constipation may also be caused by your emotions. Your guts and brain are intrinsically linked, so if you feel stressed, worried about something, troubled by anxiety or depression – this will have an impact on your digestive system.

Mood disorders and emotional distress change the nerve pathway that help to control gut function, and therefore psychological factors directly influence your digestive system.  As a result, if you suffer from depression or anxiety you are more likely to suffer from a digestive disorder, such as constipation. 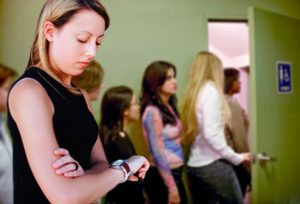 Myth. Do you feel too busy at work to go? The urge can sometimes come at the most inopportune moments: in the middle of an important client meeting, on a hot date, or in an airplane and have a fear of letting it out in the sky.

Ignoring the urge may cause physically uncomfortable feeling, and it can worsen constipation. Some people find it helps to set aside time after breakfast or another meal for a bowel movement, when these signals are strongest. Fact of the matter is: Everyone poops and should poop when they feel the urge to—even in the middle of a romantic dinner.

8. Your Meds Could Be a Cause

Fact. Many prescription and nonprescription medicines can cause constipation, such as: antacids,

9. All Fiber Is the Same 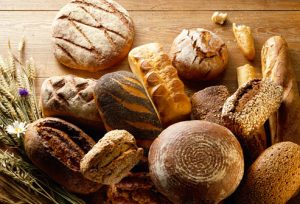 Myth. Some fibers are soluble in water and others are insoluble. Soluble fiber slows digestion and helps you absorb nutrients from food. Insoluble fiber adds bulk to your stool, helping the stool pass more quickly through the intestines.

In order to ease your constipation go for whole-grain breads, cereals, and pastas. Cereal fibers generally have cell walls that resist digestion and retain water within the cellular structures. Wheat bran can be highly effective as a natural laxative. 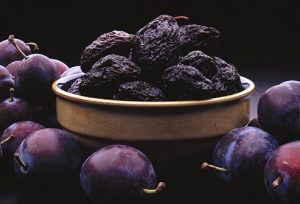 Fact. Often called “Nature’s Remedy,” prunes contain sorbitol, which has a natural, laxative effect in the body. Dried plums are also high in disease-fighting antioxidants and have both insoluble and soluble fiber. One cup of pitted, uncooked prunes contains 12 grams of fiber. Three dried plums have 3.9 grams of fiber. Children who don’t like them might eat prune juice ice pops or sip prune juice mixed with another juice to hide the taste.

Fact. Getting enough water keeps your stools soft and eases constipation. You can get it from drinks or water-rich foods, such as fruits and vegetables.  Limit or avoid caffeine and alcohol, which can lead to dehydration.

12. Workouts Get You Going 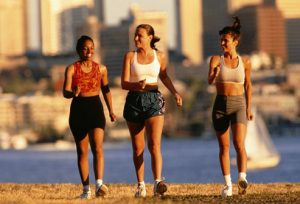 Fact. If your bowel habits are sluggish and you suffer constipation, maybe some exercise can help speed things up. According to experts, exercise does more than tone your heart and other muscles. Exercise is essential for regular bowel movements. In fact, one of the key risk factors for constipation is inactivity. Exercise helps constipation by decreasing the time it takes food to move through the large intestine, thus limiting the amount of water absorbed from the stool into the body. Hard, dry stools are harder to pass. In addition, aerobic exercise accelerates your breathing and heart rate. This helps to stimulate the natural contraction of intestinal muscles. Intestinal muscles that contract efficiently help move stools out quickly. 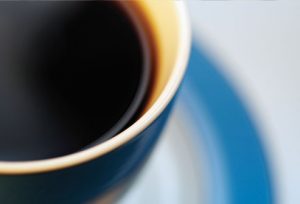 Myth. Coffee can not only help you use the bathroom, but also pass softer, easier stools. While there are no large-scale studies on this subject, researchers believe drinking coffee can stimulate the movement of the colonic muscles and promote peristalsis. Decaffeinated coffee can help bowels, but it won’t do so at the same rate as caffeinated coffee. So, it’s true that the caffeine can stimulate the muscles in your digestive system, causing a bowel movement, but caffeine is dehydrating, so it’s not really recommended. 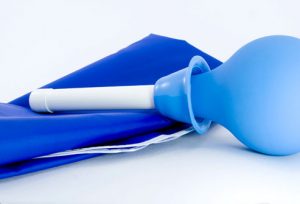 Myth. Enemas and colon irrigation (high colonics) remove body waste. But they’re not an effective way to prevent or cure constipation. Enemas can actually cause constipation for older people who get them regularly. Colonic irrigation, which is usually done by colonic hygienists or therapists, can damage the colon and lead to other problems. Although constipation can be effectively treated with a colon cleanse program talk to your doctor first. Colon cleansing is a process that thoroughly cleanses and detoxifies the digestive tract. A colon cleanse treatment helps pull mucus and parasites from the colon, while also removing toxic wastes and poisons. 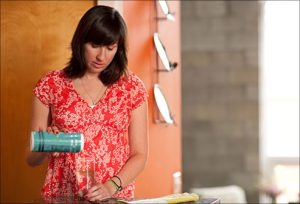 Myth. Of course, it is not true. It depends on the type of the laxative. A suppository or enema might work within an hour. A bulk-forming product may take several days; a stimulant one, a few hours. Don’t use laxatives for too long because they can cause other digestive problems. Constipation usually lasts a few days. In cas your constipation lasts more than 2 weeks you should see your doctor. 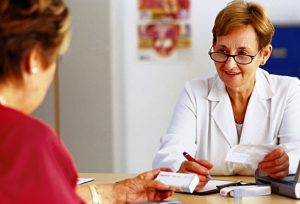 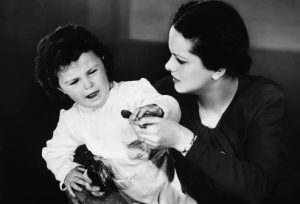 Myth. This powerful laxative is an old-school remedy. Castor oil comes from the castor bean. People have used this oil as a laxative for thousands of years, but only recently have scientists figured out how it works. They have discovered that ricinoleic acid binds to receptors on the smooth muscle cells of your intestinal walls. Castor oil seems to be effective and it works quickly.  However, consult your doctor first.  Like other laxatives, you shouldn’t use it for long, or because if you overdo it, that can damage your bowel muscles, nerves, and tissue — which can cause constipation.

18. It Naturally Happens With Age 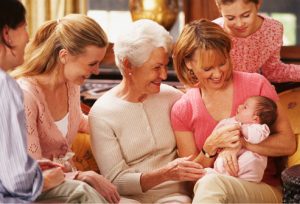 Myth. Nearly everyone becomes constipated at some point of life. Older people are more likely than younger people to become constipated, but most of the time it is not serious. As we mentioned before, constipation is a symptom, not a disease. There is no right number of daily or weekly bowel movements. Being regular is different for each person. For some people, it can mean bowel movements twice a day. For others, movements just three times a week are normal.

19. It’s Normal to Have Bloody Stool

Myth. Bleeding in the digestive tract is a symptom of a problem rather than a disease itself. It usually happens due to conditions that can be cured or controlled, such as hemorrhoids. The cause of the bleeding may not be serious, but it’s important for your doctor to find the source of this symptom. The digestive or gastrointestinal (GI) tract includes the esophagus, stomach, small intestine, colon, rectum, and anus. Bleeding can come from one or more of these areas — from a small area such as an ulcer on the lining of the stomach or from a broader problem such as inflammation of the colon.

Cancer Cells Can Die In 42 Days: This Famous Austrian’s... 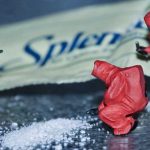 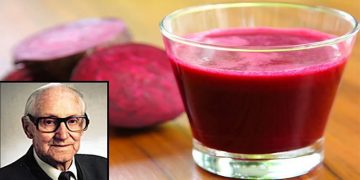 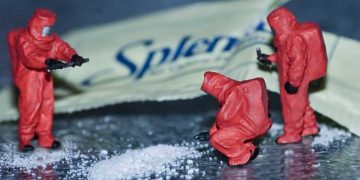 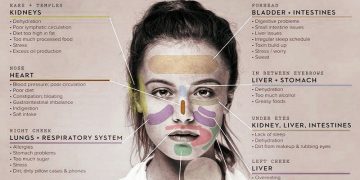 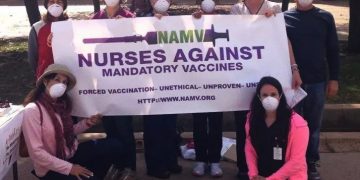