“Blood moon” or “blue supermoon” is a very rare lunar event which happens only every 150 years.

NASA promised a trilogy of lunar events beginning back on December 3 and ending with a lunar eclipse on January 31. That total eclipse will, which hasn’t happened in the past 150 years.

Stargazers are already set to witness this trio of lunar phenomena.

Sarah Noble, a program scientist at NASA headquarters, said: “We’re seeing all of the Earth’s sunrises and sunsets at that moment reflected from the surface of the Moon”.

“Scientifically, the event is pretty meaningless. The moon’s orbit is well studied and well understood by scientists. The real impact, is how astronomical events like this get people interested in science.”

“Anything that keeps people interested in science and makes them realize science is important is a good thing,” she said.

The night before the moon will reach its closest point to Earth, marking the second arrival of the supermoon this year.

The total lunar eclipse on January 31 will be the first time an event of this kind has coincided with the Blue Moon in over 150 years, according to Space.com. It is called ‘Super Blue Blood-Moon’ by some.

It is also known as a “Wolf Moon” because in early times it appeared when wolves howled in hunger outside the villages, its arrival caused tidal surges worldwide.

Unfortunately because of the location of the moon when the eclipse is set to occur, not everyone on the planet will be able to see it.

“The eclipse will take place during the middle of the night, and the Pacific Ocean will be turned toward the moon at the time,” wrote skywatching columnist Joe Rao.

“Central and eastern Asia, Indonesia, New Zealand and most of Australia will get a fine view of this moon show in the evening sky. Heading farther west into western Asia, the Indian subcontinent, the Middle East and Eastern Europe, the eclipse will already be underway as the moon rises.”

Stargazers observing from these locations will be the lucky ones because they will be able to see the lunar eclipse from start to finish.

In case you are not anywhere there (and can’ be present) your next opportunity will be on December 31, 2028 and again on January 31, 2037, which isn’t 150 years from now but is still a fairly long wait to see something so cool.

In a Blue Moon, the moon doesn’t actually appear blue; its name indicates that it is the second full moon in a particular month. It really will change color – but, it won’t be blue.

Viewers in New York, for example, will only be able to catch the first part of the event, as it will start just 16 minutes before the moon sets, at 6:48 a.m. local time.

Following the two full moons occurring in January, the calendar month of February will have no full moon. In March, however, there will be two full moons, with the blue moon on March 31.

Is there any correlation between the seasons and red moons? According to Indian mythology, a red Moon is luckier than a regular Full Moon. Have you heard the story about the Hindu god Ganesh, and how he chose to both bless and curse the full moon during the month of Bhadtrapada, which runs from August 22nd to September 22nd.

One day the elephant headed god Ganesh paid a visit to the beautiful god of the Moon, travelling as he always did upon a white mouse.

The Moon laughed at the god’s odd appearance which drew fury from Ganesh. He put a curse upon the Moon that would cause anyone who looked at it during the fourth day of the fourth fortnight of Bhadrapad would suffer dire bad luck, including false accusations from one’s neighbor. Ganesh also cursed the Moon itself, causing it to vanish from the sky.

The Moon pleaded with Ganesh, who accepted the Moon’s apology. He therefore modified the curse and made the Moon to vanish only once a month.

He also decreed that on the second fortnight of Bhadrapad, all obstacles would be removed from those who prayed to Ganesh.

This forms the basis of the Indian festival of Ganesh Chaturthi, a 10 day festival centered around the waxing and waning of the Moon. It is a time of cleanliness and prayer, where mortals pray to Ganesh to remove the obstacles in their lives. It is also a time of celebration with song, dance, and other live performances. 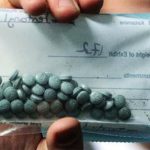 New Drug Just Shown Up And Infecting Our Kids -... 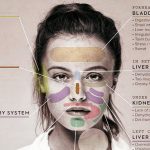 Your face tells it all - the signs of your...