by Alison Morris
5 years ago5 years ago
6
8 shares, 6 points

Einstein didn’t believe it was possible, but Stephen Hawkins said: ‘It might be the greatest scientific discovery of all time’.

So, what discovery has baffled the greatest scientific minds of the past century, and why has it caused them to rethink the origin of our universe? New and more powerful telescopes have unlocked mysteries about our universe never before revealed, giving us amazing new scientific insight into the origin of life.

This discovery along with what molecular biologists have learned about the sophisticated coding within DNA have many scientists now admitting that the universe and life itself appeared to be part of a grand design.

“Many scientists, when they admit their views, incline toward the design argument”.

Surprisingly, many scientists who are now talking about God have no religious beliefs whatsoever .

What are these stunning discoveries that have scientists suddenly speaking of God? Well there are three revolutionary discoveries from the fields of astronomy and molecular biology that stand out:

The statements leading scientists have made about these discoveries may shock you.

The Universe Had A One-time Beginning

Since the dawn of civilization man has gazed in awe at the stars, wondering  what they are and how they got there. Although, on a clear night the unaided human eye can see only 6,000 stars, Hubble and other powerful telescopes reveal there are a billion-trillion stars clustered in over 100 billion galaxies. In fact, our sun is like one grain of sand amidst the world’s beaches. But, prior to the 20th century, the majority of scientists believed that our own Milky Way galaxy was the entire universe, and that only about 100 million starts existed.

Most scientists of the past believed that our universe never had a beginning. They believed that mass, space, and energy that compose our entire universe had always existed. But in the early 20th century , astronomer Edwin Hubble discovered that the universe is expanding. Rewinding the process mathematically, he calculated that everything in the universe, matter, energy, space, and even time itself, actually had a beginning.

Then finally, in 1992, the COBE satellite experiments proved that the universe really did a one-time beginning in an incredible flash of light and energy. Although some scientists called it the moment of creation, most preferred referring to it as the “big bang”. Astronomer Robert Jastow tries to help us imagine how it all began.

“The picture suggest the explosion of a cosmic hydrogen bomb. The instant in which the cosmic bomb exploded marked the birth of universe”. The conclusion is everything in the universe came from nothing.

Science is unable to tell us what or who cause the universe to begin. But some it believe clearly points to a Creator. Many scientists from which some were agnostics claim that the only explanation for the big bang to happen was by the mighty hand of divine power, God.

Cosmologists, who specialize in the study of universe and its origin, soon realized that a chance cosmic explosion could never bring about life any more than a nuclear bomb would unless it was precisely engineered to do so. And that meant a designer must have planned it. They began using words like, “Creator”, “Super-intellect”, and even “Supreme Being” to describe this designer.

The Universe Is Finely-tuned For Life

Physicists calculated that for life to exist, gravity and other laws of physics that govern our universe needed to be intricately tuned just right or our universe couldn’t exist. For instance, did you know that if the expansion rate of the universe has been slightly weaker, gravity would have pulled all matter back into a “big crunch”. Stephen Hawking writes:

“If the rate of expansion one second after the big bang had been smaller by even one part in a hundred thousand-million-million, the universe would have re-collapsed before it ever reached its present size”.

On the flip side, if the expansion rate had been a mere fraction greater than it was, all galaxies, stars, and planets could never have formed, and we wouldn’t be there.

And for life to exist, the conditions in our solar system and our own planet, also need to be just right. For example we all realize that without atmosphere of oxygen, none of us will be able to breathe. And without oxygen, water couldn’t exist. Without water there would be no rainfall for our crops. Other elements such as calcium, hydrogen, nitrogen, sodium, carbon, and phosphorus are also essential for life. But that alone is not all that is needed for life to exist.

The size, temperature, relative proximity,  and chemical makeup of our planet, sun, and moon also need just to be right. And there a dozen of other conditions that just need to be right. Scientist who believed in God may have expected such a fine-tuning, but atheist and agnostics were unable to explain the remarkable “coincidences”.

The Universe: Accident or Miracle?

What are the odds against human life existing by chance from a random explosion in cosmic history? For human life to be possible from a big bang utterly defines the laws of probability.

One astronomer calculate the odds at less than one chance in a trillion-trillion-trillion-trillion-trillion… In other words, it will be far easier for a blind-folded person in one try to discover one specially marked grain of sand out of all the beaches in the world. The odds of one random big bang producing life as we know it would be like one person winning over a thousand consecutive mega-million dollar lotteries after purchasing only a single ticket for each. Not likely? Really quite impossible. So, many scientists concluded: Someone behind the scenes designed and created the universe. But, there are others who still are searching other explanations for the existence of our universe.

DNA: The Language of Life

As recent as 1953, Molecular biologists discovered intricately complex design in the microscopic world of DNA. This tiny molecule has been called the “brains” of each cell in our bodies as well as every other living thing. Yet the more they discover about DNA, the more amazed they are at the brilliance behind it. Scientists who believe that the material world is all the exists, like Richard Dawkins, argue DNA evolved by natural selection without a Creator. Yet even most ardent evolutionists admit that the origin of the DNA’s intricate complexity is unexplainable. DNA’s intricate complexity caused its co-discover, Francis Crick, to believe that it could never have originated on earth naturally. He believed that life is too complex to have originate on earth , and must have come from outer space. The coding behind DNA reveals such intelligence that it staggers the imagination. A mere pinhead volume of DNA contains information equivalent to a stack of paperback books that would encircle the world 5,000 times. And DNA operates like language with its own extremely complex software code.

In the early 21st century, noted atheist, Antony Flew’s life-long unbelief came to an abrupt and even studied the remarkable intelligence behind DNA. Flew explained what change his position:

“What I think the DNA material has done is to show that intelligence must have been involved in getting these extraordinary diverse elements together. The enormous complexity by which the results were achieved look to me like the work of intelligence… It now seems to me that the finding of more than fifty years of DNA research have provided materials for a new and enormously powerful argument to design”.

The Life And The Universe Have The Fingerprints Of A Creator

Are scientists now convinced that a Creator has left his “fingerprints” on the universe? Although many scientists are still bent on squeezing God out of the universe, most recognize the religious implications of these new discoveries.

So, what if, after all there is a Creator?

Many scientists such as Arthur L. Schawlow, Professor at Stanford University, and Nobel Prize winner in Physics, believes that these new discoveries prove compelling evidence for a personal God. He writes: “It seems to me that when confronted with the marvels of life and the universe, one must ask why and not just how. The only possible answers are religious… I find a need for God in the universe and in my own life”.

If God is personal and since He has given us the ability to communicate, wouldn’t we expect him to communicate with us and let us know why we are here? As we seen, science is unable to answer questions about God and the purpose of life. However, since the Bible was right about creation from nothing, might it also be trustworthy regarding God, life and purpose?

The Man Who Changed The World

Two thousand years ago, a man set foot on our planet  who claimed to have the answer to life. Although his life on earth was brief, his impact changed the world, and is still felt today. His name is Jesus Christ.

The eyewitnesses to Jesus Christ tell us that he continually demonstrated creative power over nature’s laws. They tell us he was wise, humble, and compassionate. They also tell us that Jesus Christ is the one who flung the stars into space, fine-tuned our universe, and created DNA.

Could he be the one of whom Einstein unknowing referred to us as “super-intelligence” behind the universe? Has the mystery of who is responsible for creating the universe and the intelligence behind DNA have been revealed in the New Testament?

Jesus spoke with authority about God’s love for us and the reason he created us. He said that he has a plan for our life, and that plan centers on a relationship with him. But for that relationship to be possible, Jesus had to die on the cross for our sins. And it was necessary for him to raise from the dead, so that we could too have a life after death. As the Creator, Jesus certainly would have power over life and death. Those closest to him claim that they saw him alive after he died and was buried for three days. If they were wrong, then Christianity has been founded upon a lie. But, if they were right, such a miracle, would substantiate all Jesus said about God, himself, and us.

What do you think? 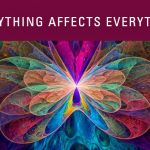 What is the "BUTTERFLY EFFECT"? 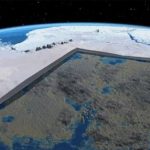 Hidden Continent Underneath The Ice Of Antarctica Kept As A...