Are we part of a global conspiracy the ‘globe’ is actually flat as a pancake? No, this is not a joke.

The evidence for a flat earth is derived from many different sides of science and philosophy. The Earth looks flat, the bottoms of clouds are flat, the movement of the sun; these are examples of our senses telling us we do not live on a spherical heliocentric world.

Flat-Earthers, as they call themselves say: ‘It’s almost like the beginning of a new religion’.

‘Mad’ Mike Hughes, is one of them, a limo-driver in the US who enjoys a spot of being a daredevil on the side. Mike is well known to the public since he has previously launched himself in a rocket-powered limo and a steam rocket. What’s even crazier is that now he’s going to launch himself in a rocket over a ghost town called Amboy in California this weekend.

This flat-Earther solidified by the giant “RESEARCH FLAT EARTH” branding on his rocket from a group of the same name, doesn’t really like science, which is a shame, as he seems quite good at building rockets.

“I don’t believe in science,” he stated for The Associated Press. “I know about aerodynamics and fluid dynamics and how things move through the air, about the certain size of rocket nozzles, and thrust. But that’s not science, that’s just a formula. There’s no difference between science and science fiction.”

His newest rocket is again powered by steam, and Mike ostensibly built it for just $20,000 – using a stripped down motor home for the ramp. That’s seriously impressive if it is really true. Maybe the next von Braun is going to be a guy that doesn’t believe the Earth is round.

Seeking to prove that a conspiracy of astronauts fabricated the shape of the Earth, Mike intends to launch himself 1,800 feet high on Saturday in a rocket he built from scrap metal. He adds that he is going to travel about 1.6 kilometers (1 mile) through the air above the Mojave Desert, subjected to speeds of up to 800 kilometers per hour (500 miles per hour).

During his last launch in 2014, the intense G-forces and what looked like a rather shoddy parachute injured him quite badly; and it took him three days to recover.

Assuming that this flight through the Mojave Desert will not kill him, his journey into the atmosflat will mark the first phase of his ambitious flat-Earth space program, Mike Hughes told the Associated Press. 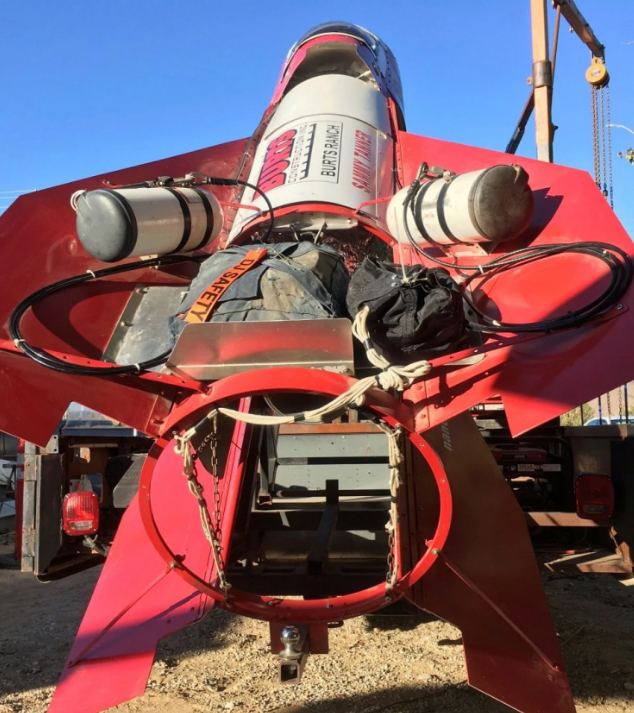 The launch is going to be streamed on Hughes’ YouTube channel and on his website. However, you won’t be able to watch it live though, for safety reasons. The event is scheduled for between 2 and 3pm local time, when Hughes will have 70 gallons of water in a tank ready to blast him into the sky. Two parachutes will bring him back to Earth, hopefully.

In the future, he’s considering dropping a rocket with him in it from a gas-filled balloon, and rocketing into space by reaching a height of 110 kilometers (68 miles). First, we just hope he lands safely on Saturday, if it all goes ahead.

His ultimate goal is a subsequent launch that will put him miles above the Earth, where he hopes to photograph proof of the disc we all live on.

“It’ll shut the door on this ball earth,” Hughes said in a fundraising interview with a flat-Earth group for Saturday’s flight.

Hughes promise to flat-Earthers is to expose the conspiracy with his steam-powered rocket, which will launch from a heavily modified mobile home — though he acknowledged that he still had much to learn about rocket science.

Just to make it clear, Hughes isn’t a totally unproven engineer. He set a Guinness World Record in 2002 for a limousine jump, according to Ars Technica, and has been building rockets for years, albeit with mixed results.

He built his first manned rocket in 2014, as Associated Press reported, and managed to fly a quarter-mile over Winkelman, Ariz. Unfortunately, the flight ended with Hughes being dragged, moaning from the remains of his rocket. The injuries he suffered put him in a walker for two weeks.

Elon Musk posted a video showcasing SpaceX rocket explosions, and the reason behind each explosion. (SpaceX)

This non-scientist has converted to flat-Eartherism recently, after struggling for months to raise funds for his follow-up flight over the Mojave.

He compared himself to Evel Knievel, as he promised to launch himself from a California racetrack — the first step on his steam-powered leap toward space. The Kickstarter raised $310 of its $150,000 goal. 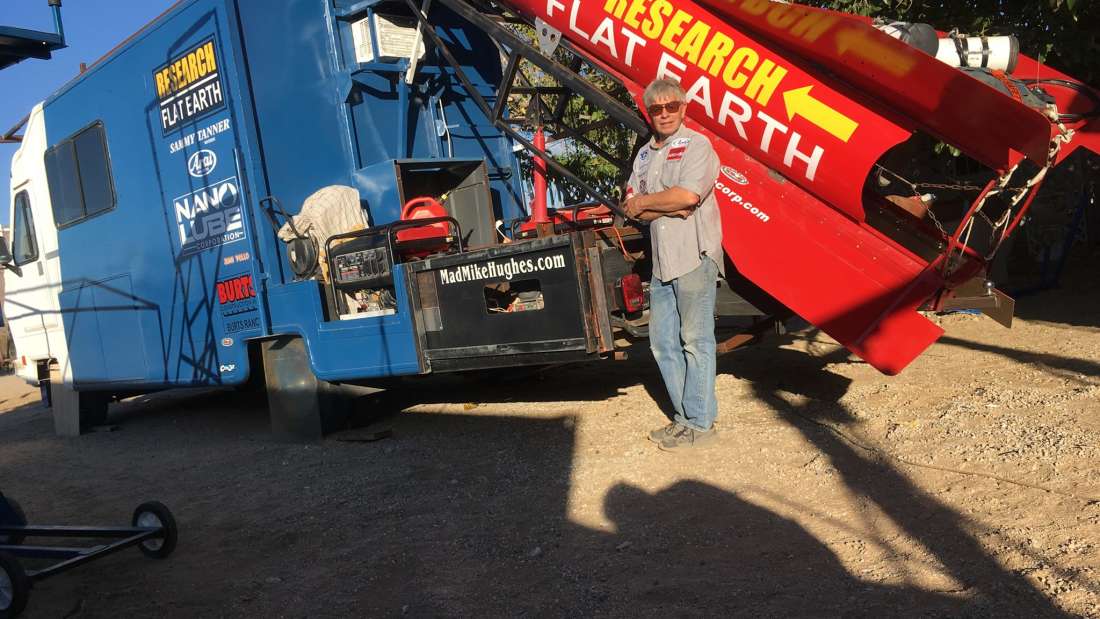 A year later, he called into a flat-Earth community Web show to announce that he had become a recent convert.

“We were kind of looking for new sponsors for this. And I’m a believer in the flat Earth,” Hughes said. “I researched it for several months.”

Hughes had actually flown in a rocket, whereas astronauts were merely paid actors performing in front of a CGI globe. “John Glenn and Neil Armstrong are Freemasons,” Hughes says. “Once you understand that, you understand the roots of the deception.”

While there is no one hypothesis for what the flat Earth is supposed to look like, many believers envision a flat disc ringed by sea ice, which naturally holds the oceans in. What’s beyond the sea ice, if anything, remains to be discovered.

“We need an individual who’s not compromised by the government,” the host told Hughes. “And you could be that man.”

By November, the AP reported, his $20,000 rocket had a fancy coat of Rust-Oleum paint and “RESEARCH FLAT EARTH” inscribed on the side.

While his flat-Earth friends helped him finally get the thing built, Hughes will be making adjustments right up to Saturday’s launch. He won’t be able to test the rocket before he climbs inside and attempts to steam himself at 500 mph across a mile of desert air. And even if it’s a success, he’s promised his backers an even riskier launch within the next year, into the space above the disc.

“It’s scary as hell,” Hughes told the AP. “But none of us are getting out of this world alive.”

So, he will go there and then tell us. But, what do you think? Do we really live on flat-earth planet?

Article based on: https://www.washingtonpost.com 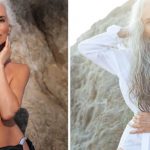 This amazing lady radiates health and vitality and proves that... 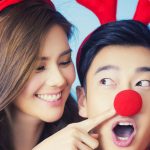 EARLY Christmas Decorations Could Make Us Happier and Increase Our...