Remember “Back to the future”? Well, mankind has always been fascinated by the thought of travelling in time. Over the centuries there have been all kinds of ideas of how it could be done. But of course, time travel is impossible. Or, is it?

According to Einstein’s special theory of relativity, developed in 1905, travelling forwards in time is surprisingly easy and it shows that time passes at different rates for people who are moving relative to one another.

If the “mouths” of the wormhole are moving relative to one another, then traversing the bridge between different points in space would also take a traveller to a different point in time to that in which he started.

This is the story of Håkan Nordkvist, a man who claims to have visited the future and met himself. Even scientists cannot completely deny his words.

Scientists say it’s not impossible to travel through time. Have a look at the story and tell us what do you think about it.

It was August 30, 2006 in Sweden, when Håkan Nordkvist came back home to find water pooling on his kitchen floor. Assuming it was a leak, he gathered some tools and, opening the kitchen sink cabinet, reached his arm in to feel for the piping. But he reached farther than he’d expected.

“I have been working in Öland, came home and walked into the kitchen. There was water on the floor and I thought ‘Oh, no!’ Must be a pipe under the sink. So I get my tools to fix it but can’t reach as it’s so far in. I just keep crawling in, further and further. Anyway, at the end it gets light and I can stand up. And I see myself as an older man, maybe about 70.”

“I had to crawl inside the cabinet, and as I did so, I discovered that it just continued. So I kept on crawling further and further into the cabinet. In the end of the tunnel I saw a light, and when I got there, I realized I was in the future.”

Nordkvist claims that he traveled into the future, to the year 2042 where he met himself as a 72-year-old man They compared tattoos on the right arm and shared personal information that only the true Håkan Nordkvist would know.

He had his cellphone with him and (allegedly) captured a footage of himself (himselves?).

“There are many theories about time travel, one of them is the twin paradox. There are theories about black holes and about wormholes – shortcuts between two places in the universe. According to the laws of physics these are theoretically possible. They may not be very likely, but the theory is well founded, enough not to dismiss them.”- explains Hans Karlsson, professor in theoretical physics.

In physics, the twin paradox is an experiment in special relativity involving identical twins, one of whom makes a journey into space in a high-speed rocket and returns home to find that the twin who remained on Earth has aged more. The result appears puzzling because each twin sees the other twin as moving, and according to an incorrect and naive application of time dilation and the principle of relativity, each should paradoxically find the other to have aged less.

Do you think time traveling is possible indeed? What are your thoughts on this? 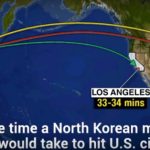 Simulation of the North Korean attack – possible beginning of... 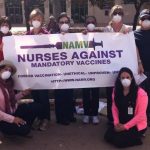 Why Nurses and Healthcare Professionals Across the U.S. Just Started...