We should all say thanks to our moms. Why? Keep reading!

According to an evidence-based study, our intelligence comes  from mothers’ X gene. Dr. Keith Witt claims that the X chromosome has a thousand gene, and a lot of them influence cognition.

Not long ago, it was generally accepted that both parents affect their child’s intelligence. Nevertheless, as it turns out, women are those who has a larger influence on their child’s cognitive abilities and development than men.

But, we should all keep in mind that this study is very controversial. Moreover, each research that has tried to uncover the mysterious functioning of intelligence often induced passionate discussion. Being a highly complex and many-sided scientific area, genetics has produced many studies that seek revelations due to intelligence. Some try to deny it, some try to prove it.

Despite of all passionate debates, it is important that we should all accept these findings with an objective mind. After all, this research is very interesting and intruding. Hope you like it!

The Role of X and Y Chromosomes

Since genetics is very complex scientific field, here we will go over a few important facts to make the reading and understanding of the study’s findings more easier.

A thread-like structure made of nucleic acids and protein, chromosomes carry genetic information:

Conditioned genes naturally own a so called ‘tagging system’, which is made of biochemical material. This tagging system has two main roles:

Activated genes influence the genetic development, while deactivated not.

The conditioned genes mechanisms form the basis of this study of intelligence.

Findings of the Study and Related History

In order to test research’s hypothesis, genetically-modified mice are used in the study. On one hand, the scientist discovered embryonic test subjects that were managed predominantly by mother’s genetic material. These subjects developed disproportionately larger brain and cranium with much smaller body. On the other hand, subjects managed by father’s genetic material developed larger body with smaller brain and cranium.

Additionally to cranium and brain size, scientists brought some interesting findings too. First, they found six brain areas that hold only mother’s or father’s genes. Then, they didn’t find any genetic information from the father within the cerebral cortex, the brain area in charge of decision-making function, such as planning, language, advanced thinking, and logical reasoning.

The idea that women are responsible for influencing on a child’s intelligence in not new at all. Back in the 1984, Cambridge University studied both brain development and genomic conditioning. They came to conclusion that mother’s genetics add more to the though centers of the brain.

Moreover, in one remarkable study lead by Scottish governmental agency, scientists followed a group of 12,686 people aged between 14 to 22.  Every year, scientists would conduct an interview to the subjects observing intellectual development based on various factors, from education to ethnicity. They concluded that the mother’s intelligence is the best judge of child’s intelligence.

The findings of this study as well of the other related ones, will continue to be evaluated and analyzed. But, as we said before, no scientific study that states intellectual development will ever be fully accepted by all. So, there are more studies to come, more to be accepted, more to be denied…

However, if there is one conclusion to make, we should all agree upon: mothers have a significant part in their children’s cognitive development.

It’s not just the genes included. Taking care of a child directly influences their intellectual development.  The role manly governed by the mother. Moreover, the special bond between a mother and her child provides motivation for the child to explore the world and solve problems.

To conclude, women play a huge role in the whole development of children than can be understood by a genetic study.

So, to say it out loud: THANK YOU MOM! 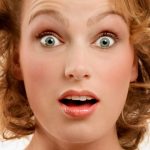 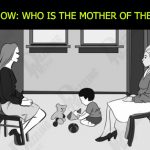 TEST NOW: Who’s the Mother of The Kid? Check Your... 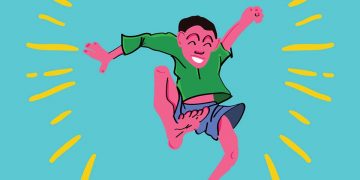 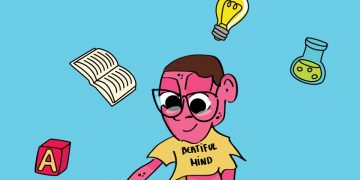 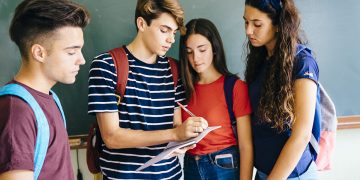