Animal lovers brace yourself! New Zealand is a land for you.

Last year, a landmark decision in New Zealand has set an example that other countries should follow.  This country has become a president to the world by recognizing animals as sentient creatures. We, the animal lovers, know forever that our best friends are as sentient as we are: they have feelings just like humans have. This New Zealand’s landmark has made a huge shift in perception and right has been extended to all animals, not just, orangutans, dolphins, or chimpanzees.

“To say that animals are sentient is to state explicitly that they can experience both positive and negative emotions, including pain, and distress. The explicitness is what is new and marks another step along animal welfare journey.”

“Expectations on animal welfare have been rapidly changing, and practices that were once commonplace for pets and farm stock are no longer acceptable or tolerated. The bill brings legislation in line with our nation’s changing attitude on the status of animals in society”, he adds.

Being the first country to recognize all animals as sentient beings, New Zealand just showed us how to rule. That’s the example that all countries should follow!  Do you agree with this Bill? Feel free to share this article to spread the fact that animals have feelings just like us, and they need to be protected. 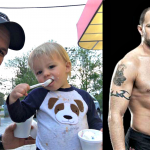 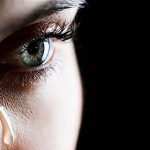 3 Signs You're Not Depressed — You're Just Surrounded By...