by Alison Morris
3 years ago3 years ago
0
14 shares

Are there any toxic people around you? The kind that constantly push your buttons?

While some of them are completely unaware of the negativity they spread, others seem to enjoy and derive satisfaction from being problematic. One thing is sure- they create chaos and defy logic. They create that unnecessary complexity and stress.

Numerous researches have been done on the topic and all of them share one common result – long term exposure to stress can have a lasting, negative impact on the brain. When you are exposed to stress for even a few days it compromises the effectiveness of neurons in the hippocampus (brain area responsible for reasoning and memory). Weeks of stress cause reversible damage to neuronal dendrites and months of stress can permanently destroy neurons. Stress is a formidable threat to your health (and success) – when stress gets out of control, your brain and your performance suffer.

Department of Biological and Clinical Psychology at Friedrich Schiller University in Germany recently conveyed a study that revealed that exposure to stimuli that cause strong negative emotions (just like exposure we get when dealing with difficult people) caused a massive stress to subjects’ brains. Scientist strongly recommend that this kind of a stress should be avoided at all costs.

TalentSmart has also conducted a research with more than a million people, and found that 90% of top performers are skilled at managing their emotions in times of stress in order to remain calm and in control thanks to their emotional intelligence. The ability to manage emotions and remain calm under pressure has a direct link to our performance. You don’t have to be gifted to neutralize difficult people. The good news is that can be learned.

There are numerous effective strategies how to do that. You should find an approach that enables you to control what you can and eliminate what you can’t. The important thing to remember is that you are in control of far more than you realize.

Set your limits and distance yourself from complainers and negative people before you get sucked into their negative emotional spiral. Negative people seem to enjoy sinking in their problems (and taking you down with them) because want others to join their pity party so that they can feel better about themselves. They fail to focus on solutions.

People often feel pressurized while listening. And they keep listening because they do not want to be rude, but you should draw a line in between. If you were a non-smoker, would you spend your time with smokers inhaling the second-hand smoke? No? Then why would you waste your precious time with complainers?! Instead of listening to them, ask them to find a solution to their problems. They will either quiet down or redirect the conversation in a productive direction.

They say negative people survive on worry – a very unhealthy diet. Lack of confidence, distrust and anxiety are a toxic cocktail mix negative people possess. If you wonder how a person can survive with all that inside them – guess what, they enjoy them! And what’s worse – they try to imply those feelings to other people.

Difficult people drive you crazy with their irrational behavior. It’s easier to avoid them than try to change them. Quit trying to beat them at their own game. Distance yourself from them because you don’t need to respond to the emotional chaos.

Just because ‘the difficult’ person is someone you live or work with, doesn’t mean that you don’t have any rights to establish boundaries and find a way to control the chaos. This couldn’t be further from the truth. Find your own way to ‘rise above a person’ and you’ll begin to find their behavior more predictable and easier to understand. If some of your co-workers in the team are difficult people, that doesn’t mean that you need to have the same level of one-on-one interaction with them that you have with other team members.

4. Be aware of your emotions.

Awareness is the thing that is required to maintain emotional distance. You can’t stop anybody from getting on your nerves, but you can establish boundaries – consciously and proactively. When you are in charge of your life, you are the one that decides who goes in, and who stays out.

Sometimes you’ll find yourself in situations where you’ll need to regroup and choose the best way forward. This is fine and you shouldn’t be afraid to buy yourself some time to do so. You decide when and where you’ll engage a difficult person, and you can control much of the chaos.

If a person approaches you on the street and tells you he’s Napoleon Bonaparta – don’t try to set him straight. Sometimes it’s best to just smile and nod. If you’re going to have to straighten them out, it’s better to give yourself some time to plan the best way to go about it.

Smart people know to read and respond to their emotions. They are able to choose their battles wisely and only stand their ground when the time is right. Since they know how important it is to live and fight another day, as we said, they ‘read’ and respond to their inner emotions wisely because in a conflict, an unchecked emotion may leave you severely damaged.

Where you focus your attention determines your emotional state. Intelligent people don’t focus on problems – they focus only on solutions. If you stuck in the problems you’re facing, you will prolong negative emotions and stress. But, if you focus on actions and solutions instead, you’ll create a sense of personal efficacy that produces positive emotions and reduces stress.

7. They forgive – but they don’t forget.

Smart people are unwilling to be stuck unnecessarily by others’ mistakes, so they let them go quickly and are assertive in protecting themselves from future harm. Emotionally intelligent people forgive quickly, but they do not forget. They forgive for their own sake. Forgiveness frees you of what has happened, so that you can move on.

When surrounded by negative people it’s ok sometimes to absorb their negativity. There’s nothing wrong with feeling bad about how someone is treating you. It’s your self-talk that matter. A little self-criticism is a good thing – it can stimulate you to be a better person. Self-talks can either intensify the negativity or help you move past it. Negative self-talks are unrealistic, unnecessary and self-defeating. Avoid negative self-talks at all costs.

Good night sleep is important because it helps your brain work properly. While you’re sleeping, your brain is ‘recharging’. Numerous studies have shown that a good night’s sleep helps enhance your learning and problem-solving skills. Sleep also helps you pay attention, make decisions, and be creative. Of you don’t sleep enough, you may have trouble making decisions, solving problems, controlling your emotions and behavior, and the list is endless. Sleep deprivation raises stress hormone levels on its own, even without a stressor present. A good night’s sleep makes you more positive, creative and proactive in your approach to negative people, giving you the perspective you need to deal effectively with them.

In order to deal with negative people, you need to recognize the weaknesses in your approach to them. Sometimes it’s impossible to ‘fight’ by yourself or let it put it this way – it’s much easier when you have someone around you who is always ready to get the best from a difficult situation. Identify these individuals in your life. Most of the time, others can see a solution that you can’t simply because they are not as emotionally invested in the situation. 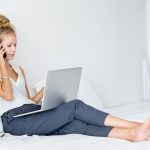 10 Bad Habits You Won’t Miss In Your Daily Routine 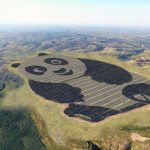